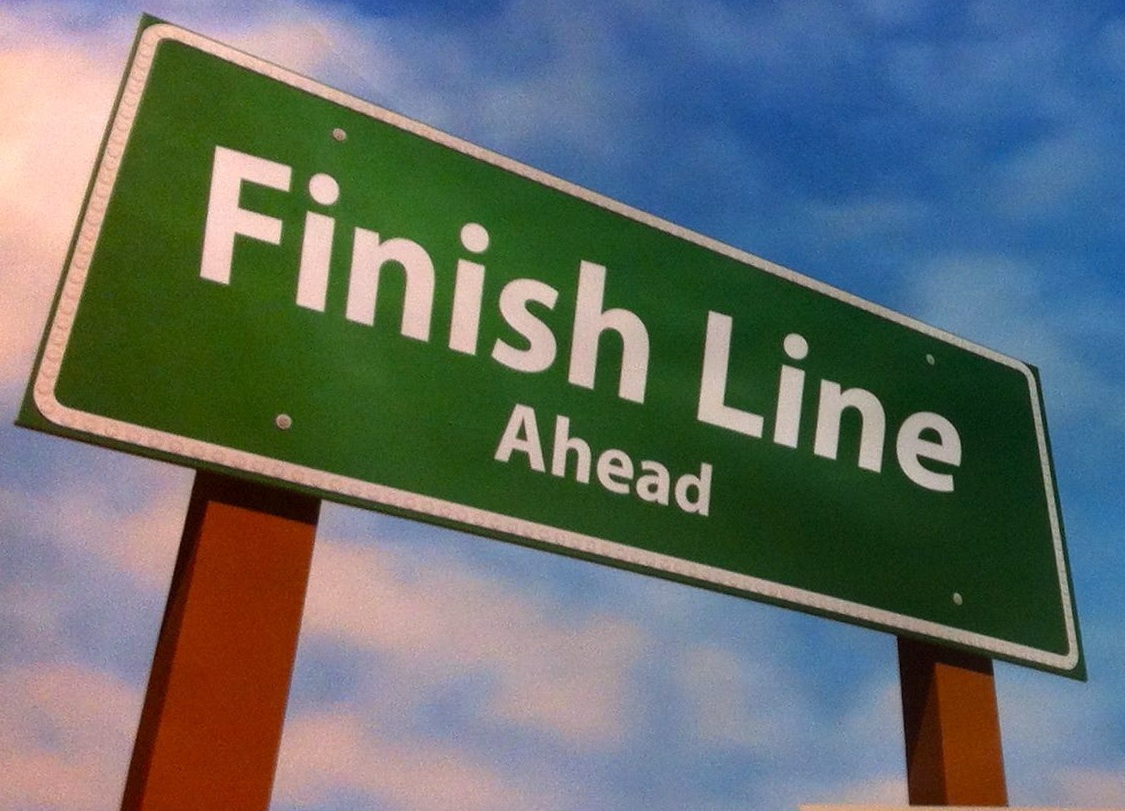 When I started this journey 30 days ago, I was confident that I could lose the 20 pounds. I had a great plan and I set myself up to win (making sure I had plenty of fruit and almonds and good food at my disposal). The exercise alone, with the 10,000-step minimum, I just knew would do the trick. During the first two weeks when I had lost eight pounds, I was feeling really good.

But I hit a wall going into week three. Over the next week, I had gained a pound, lost 0.7 pounds, gained another pound, lost 1.5 pounds. Then nothing. I was able to lose four more pounds over the next two weeks, but this morning when I got on the scale, I was still 8 pounds away from my goal.

The great thing about goals is that even if you don’t hit them, you win. If I had not done this challenge, I probably would have gained even more weight. But I LOST 12 pounds. My joints feel better. The eczema has completely cleared up and I’m not done. I am going to lose not just the eight pounds, but I will get to my goal weight, which I will talk more about in thehub.global (so sign up because starting in September, I will be weighing in publicly…YIKES!!!).

I want to thank all of you who joined me and who were so encouraging during these #30Days. I also want to thank Netflix and Luke Cage, Season 2. Every night between 10 and 11 p.m., I would put in at least three miles on the bike while watching Luke, crazy-ass Mariah Stokes, Bushmaster, Piranha and them. I got to zone out in that world while getting in the exercise.

Whether it’s house music while running in the neighborhood, listening to motivational speakers on Youtube while on the treadmill, or tuning into a great audiobook while on the StairMaster, you have to find that thing that allows you to put in the time and get moving.

After I lose these eight pounds, I’m going to start another 30-day challenge, which will include a real commitment to a plant-based diet. I can do better. I have cut out all dairy, but I still have too many processed foods (nut and seed bars, popcorn and vegan chips, etc.) in my diet. I also want to get on a weight-training program because losing the weight is only half the battle. Being healthy AND strong is where I want to be.

I will be working out to get ready for the next challenge, which will include daily push-ups, pull-ups and squats in addition to gym work.

This 30-Day Challenge is not the end. It is the beginning. Stay tuned…

Working out everyday, I have been sweating more (that, and it has been 90-degrees a lot). I'm doing a more laundry over these last...
Read more
30-Day Challenge

I have a friend who has a dog, a miniature pinscher. The normal lifespan for this breed is 15 years. This dog will be...
Read more