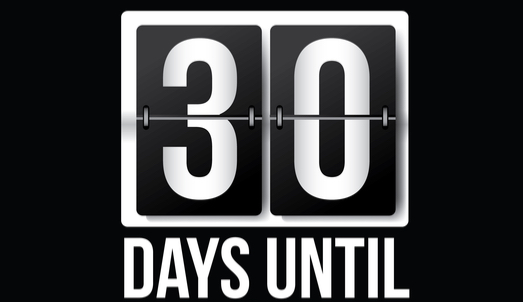 Fat cells are a lot like a woman’s eggs. You have the exact amount of eggs you have for the rest of your life (or until you stop ovulating). If you have a baby at 40, that’s a 40-year-old egg you just fertilized.

And the fat cells you have in your body, you’ve had since your 20s.

When you lose weight, you don’t actually lose fat. The fat cells simply shrink. This probably explains why it’s so easy to put back on the weight. You may have shrunk the fat cells but they can’t wait to get back to their “normal” size. One burger and it’s like that scene in the Nutty Professor.

There are two ways to combat the fat—calorie depravation. Keeping your calorie intake low enough to not increase the size of your fat cells. This is tough because it will feel like starvation and you can’t really keep it up for life. And once you go back to eating the way you normally eat, those fat cells will blow up again.

The one way that I know works for me is working out regularly. Not little strolls through the park, but a work out regime that’s at least three times a week, that’s on the rigorous side (meaning you are sweating your behind off) and includes a lot of weight training. Building muscle is key to keeping those fat cells at bay. And muscle uses more calories and thus can keep those fat cells shrunk.

It takes about 30-45 minutes of working out for your body to start using those fat cells. So, keep it moving!

There is a thought, which hasn’t been scientifically proven, that liposuction removes fat cells permanently from the area that you liposuctioned. This would explain how a person can have a flat stomach and a ton of back fat or face and neck fat when they gain back the weight. But there are risks with any surgery. I personally, am not a fan of plastic surgery. But I won’t judge anyone who wants to take that route. It is super frustrating to put in the work and know you’re in an uphill fight. But there’s something I like about the challenge of defeating such a hard enemy.

On Day 13, I put in 6,000 steps before noon. I went to the gym, did a full work-out circuit that included the bike, the Cyber and weights and then I went swimming and sat in the sauna for 15 minutes afterward. I finished off my evening with three miles on the bike. I’m down 8 pounds and I have 12 more to go!

How’s your challenge going? Let me know on Twitter with the hashtag #30Days

Working out everyday, I have been sweating more (that, and it has been 90-degrees a lot). I'm doing a more laundry over these last...
Read more