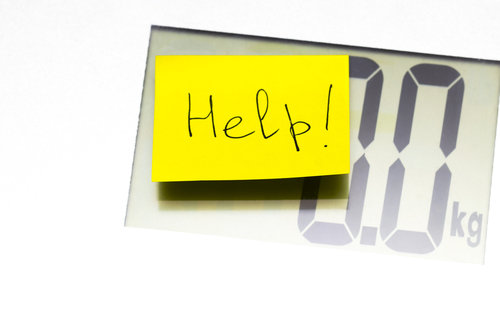 When I was 23, I lost 45 pounds. It was the second time I had lost major weight in my life. When I was 16, I went from 240 pounds down to 180. That didn’t last very long. My mother kept asking me if I was sick. I guess she didn’t notice that I was eating one meal a day and then spending the rest of the day in the streets riding my bike all over the world until the sun came down. It was a great summer.

By the time the school year came around, I started putting the weight back on. I never weighed 240 again but I gained enough weight that by the time I was 23, I was a size 18.

Losing those 45 pounds was relatively easy at 23. I would go to the gym in the morning before work at least three times a week (I was a member of Jack LaLanne and they had a pool), and when the weather broke I would ride my bike to the track and put in a mile. I would go back to my teenage ways of eating one meal a day and working out. I could lose 2 pounds a day and within 3 months I was down 45 pounds.

I put back 30 of those pounds slowing over the next 8 months. In my 30s I tackled it again. This time, I did it by cutting out carbs. No rice (that was tough), no bread, just meat and veggies and fruit. It was a modified Atkins diet and it worked. I took off the 30 pounds relatively easily. I knew the formula for success. I put back 20 of those pounds over the next 10 years.

At the start of my 40s I was determined to once and for all get to my fighting weight and stay there for the rest of my life. I have come close a couple of times. My knowledge of health is awesome. I know my body better than I have ever known it and all of my health markers (blood pressure, cholesterol, etc.) are great (except for the weight).

Now age is a barrier. I didn’t want to believe it, but as you get older, this weight-loss thing is tougher. But it’s not an excuse to tap-out. I got on the scale and gained another 0.5 pounds despite not exceeding 2000 calories and getting in more than 12,000 steps.

I’m going to have to get a little extreme. I’m grateful that I’m doing this challenge because it’s easy to talk yourself out of doing a lot of things. It’s much harder to do that when people are watching. If you aren’t doing a 30-Day Challenge and checking in with #30Days on Twitter, please find a support group or a person in your life with whom you can be gut-level honest and who will hold you accountable and not let you off the hook.

Even the strongest among us, needs support.

Working out everyday, I have been sweating more (that, and it has been 90-degrees a lot). I'm doing a more laundry over these last...
Read more