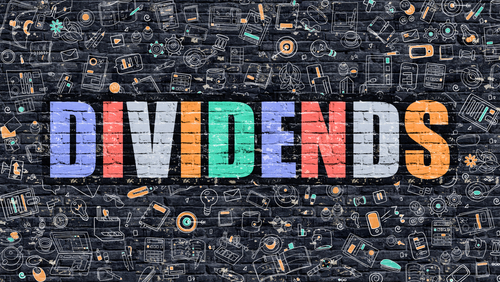 I’m still in the early stages of building my dividend portfolio (a year and nine months to be exact). It was slow going as I struggled to find the money to buy my first few stock shares. Eventually, I found my rhythm and began making real progress with consistent purchases. This August update is evidence that all my hard work is paying off as I made $43.73 in dividends. Not only is that the most that I’ve earned from dividends in a single month, it’s also just $2.10 shy of my entire dividend earnings for 2017.

Dividend investing has proven to be a lot like the Marshmallow Experiment. This was a study on delayed gratification conducted at Stanford University during the late 1960s and early 1970s led by Stanford professor Walter Mischel.

The study involved a child being offered a choice between one small immediate reward or a doubled reward if the child waited a short period of time (15 minutes). The tester left the child alone in the room to decide. In follow-up studies, the researchers found that the children who could wait longer for the best reward tended to have better life outcomes, which were measured by test scores (SAT’s), careers and body masses, to name a few.

Not being able to put the purchase of my stocks on automatic with Ally, means every month I have to actively make the decision to purchase stock. I could buy a pair of shoes, which I may want and convinced myself that I need. Or I can build my portfolio and secure my future by purchasing dividend-paying stock.

O is one of a handful of companies that pay a monthly dividend. If I’m going to part with my fun money every month, it’s no fun at all waiting three month to see the results of that sacrifice. The main reason I purchased O is for its monthly payout. But I also picked O because it added diversity to the portfolio. I didn’t have a real estate (REIT) position and I plan to have a significant REIT position in my portfolio.

What else did I buy? I also added Proctor and Gamble (PG) to the portfolio. It’s a non-cyclical consumer staple with a very reliable dividend history. PG was started in 1890 and has paid and raised its dividend 62 consecutive years. And because of its stellar track record, it is a distinguished member of the “dividend aristocrats.” PG is one of 53 companies on the S&P 500 Index that has managed to pay and raise its dividend every year, for 25 consecutive years or more, and is considered a king among the dividend aristocrats.

My portfolio is now seven stocks strong and I don’t plan on adding another company this year.  I have a lot of work to do if I plan to bring PG up to double-digit earnings before the year is out. Okay, time for the update:

As you can see most companies don’t pay dividends in January, April, July or October. But as I continue to buy new companies along with building up my position in the newly acquired O, I’ll eventually have dividends flowing in every single month.

The dip that you see in June is partially because I transferred from Capital One to Ally. I couldn’t purchase anything during the transition and my fractional shares were also liquidated resulting in even less dividend income. I’m on track to make four times what I made in dividends last year. And next year I expect to make five times whatever I make in dividends this year. I won’t be paying off credit card debt anymore so I’ll have more money to invest.

Clearly, this is not a get-rich-quick practice, but you can also see that it works. I control how much money I want to receive quarterly and now monthly. It takes a lot of saving to invest and a whole lot of sacrifice but I’m doing it.

These are the companies that I currently own and plan to hold long term:

When the stock market took a dip back in March, I decided to do some research and add a new stock to...
Read more
Copper2Cotton

Milestones Along The Way June was a great month for me (personally), all things considered. I literally saw all...
Read more
Copper2Cotton

The road to FIRE (Financial Independence Retire Early) for me is paved $100,000 at a time. It took me three years to...
Read more