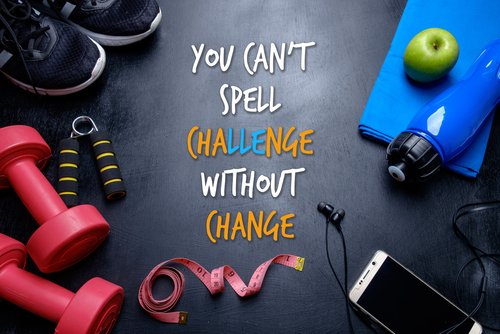 I got up early and went to the gym. According to my gym app, I had been to the gym a total of one day this month. That’s one day in 23 days! I realized that I have been very neglectful. I justified not going to the gym because I have a bike, a treadmill and I just bought a weight set. I was contemplating canceling my membership because by the time I get home, I’m tired and I end up in the computer rabbit hole so early that I don’t have time in the morning.

But the act of going to the gym makes the difference for me. It always has. I can have the best eating habits in the world, if I don’t work out—at least 30 minutes of cardio and 30 minutes of weights—at least 4 times a week, I can’t lose weight. That’s my body. Each body is different. You have to learn what works for you. The gym has been my salvation.

I don’t know if putting in 10,000 steps a day will make a difference for me. We shall see. But I know that the sweat that happens after 15 minutes on the evil Stairmaster, 5 minutes on that awful climber machine and 10 minutes on the recumbent bike is unmatched. And when I sweat like that, I know fat is burning.

Today, I discovered a new machine. Actually, it’s an upgrade to an old machine. The Cybex Arc Trainer. They have improved it and it’s even more wretched than the previous model. I could barely do five minutes, which has me excited because I’m so competitive, I will not be defeated. I will see this machine again tomorrow.

I didn’t get in many steps at the gym. I decided that I would ease into it, since it was my first day back. I did that nasty machine, rode the recumbent bike, did some weights for my legs, did a whole ab workout and left. I hit the park at night to get in the rest of my steps.

While the scale isn’t being friendly, I’m starting to feel better. Twenty-six more days to go!

Working out everyday, I have been sweating more (that, and it has been 90-degrees a lot). I'm doing a more laundry over these last...
Read more
- Advertisement -