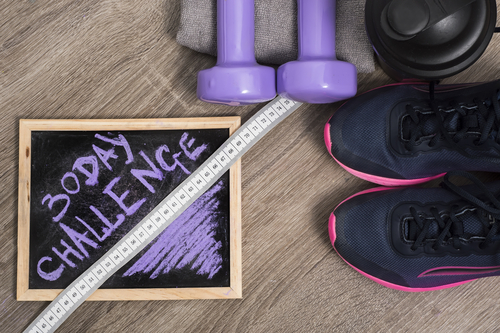 Dr. Jason Johnson dropped by The Karen Hunter Show unexpectedly yesterday. He wanted to grab a bite to eat after the show and I told him that I was on this 30-Day Challenge to lose 20 pounds, so we weren’t going to Del Frisco’s!

I suggested we walk over Chloe’s, the vegan spot down the street from the studio. I had an ulterior motive. I needed to get in more steps. I had already exceeded 7000 and the walk to Chloe’s and then to my car, which I parked a couple of block farther than I parked yesterday, would give me more than 1,000 more.

I got the kale detox salad and tried the Purple Rain smoothie for the first time. I recommended he get the Gauc Burger and the Snow White, which he loved. While I was there, one of the of the workers said, “Are you Karen Hunter?” What?! It’s weird being recognized in these streets. He said his mother listens to the show everyday and that I should also try the soup, a cauliflower and corn puree with cilantro. It was delicious. So I got a cup of that, too, and Jason and I were on our way.

We chatted about weight. He just had a physical and wanted to lose about eight pounds (lucky him!). And we talked about Trump and of course, his black card. He revealed on the show that he cannot play Spades, which may qualify him to have his black card suspended until he learns. But I digress.

I realized that many of us are working toward goals to be our best. I hope my journey encourages someone to get started. This is Day 2. I had oatmeal from Starbucks for breakfast. I had an artichoke dish from Chloe’s for lunch, the smoothie and salad for dinner and a peach around 9 p.m. after I rode my bike and did some stretching exercises to push me over my 10,000 steps.

I lost another 0.2 pounds the morning, which is not enough to reach my goal by July 20, so I will be heading to the gym tonight.

How are you doing? Hit me up on Twitter with the hashtag #30Days!

Working out everyday, I have been sweating more (that, and it has been 90-degrees a lot). I'm doing a more laundry over these last...
Read more
- Advertisement -