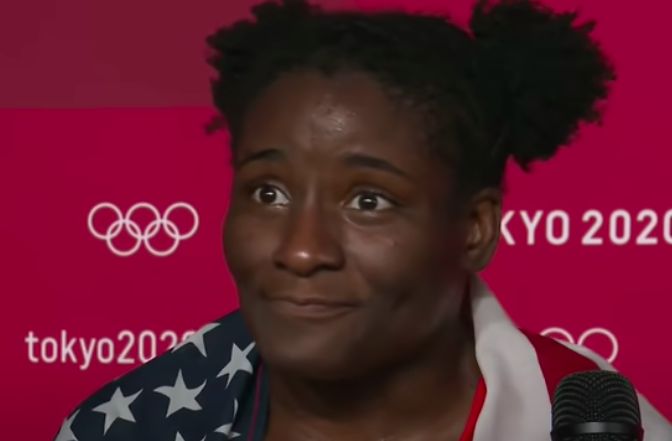 The buzzer sounded and the gold medal match in Tokyo between the U.S.’s Tamyra Mensah-Stock and Nigeria’s Blessing Oborududu was over.

But there was no immediate celebration or screams of excitement.

Instead, Tamyra walked around the mat and acknowledged those around it with a simple bow and a hand gesture symbolizing love.

But when she reached the platform steps, the reality of her accomplishment engulfed her like a Tsunami.

We all cheered as she embraced her coach in a bear hug, expelling the emotions welling up inside.

It was a moment few will ever experience.

In our interview, I asked her about it and wanted to know what was the first thing that went through her mind when the match ended.

No, it was something so simple that it was funny.

Her response encapsulates the type of person Tamyra Mensah-Stock is and why she’s so endearing to those who know her.

She’s funny, open, and friendly. When you speak with her, it feels so natural that you feel like you had been friends for years.