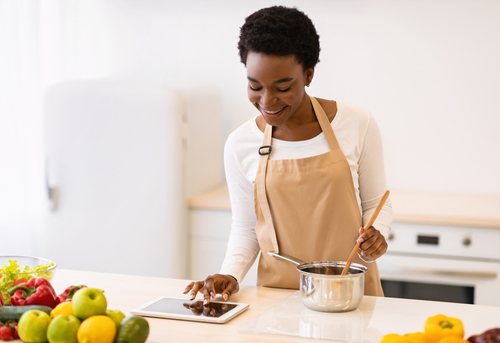 Transitioning to a whole food plant-based eating style doesn’t have to be an all-or-nothing deal. It’s not necessary to immediately give up all the foods you love (or you’re addicted to) to start moving in the right direction.

However, there must be consistency and discipline in how you approach your transition to have a maximum positive effect. It’s difficult to achieve weight loss, more energy, clearer skin, better digestion, lower blood pressure and lots more from a whole food plant-based diet without daily effort.

A good start toward your transition is including eating more raw salads and fruits (high fiber foods) in your diet, but also including more beans can have an extremely powerful effect. Beans slow down the absorption rate of other foods when they are combined in the same meal because they contain lots of fiber and resistant starch, which makes them low on the glycemic index (how quickly your blood sugar rises).

It’s also been reported that beans can also slow the blood sugar spike of eating meals later in the day or the next day, something called “the second meal effect”

Beans are powerful because they promote the growth of good bacteria in your intestines that affect other meals. Eating more beans only helps reduce the toxicity of the foods you know you need to stay away from to facilitate your transition toward whole food plant-based eating. So, by simply eating one large salad, five to six pieces of fruit and a cup or more of cooked beans every day, you’ll be way ahead of the game, even if you eat other toxic foods on the same day.

Preparing your own food is also another key to the transition.

Don’t buy beans in a can, make your own soup at home.

Canned food could have all types of chemicals (preservatives, food coloring, etc.)  in it that promote even more toxicity in your body.

Remember that your transition is a day-to-day, consistent, disciplined effort, which can’t be rushed, but can have some immediate, positive effects.