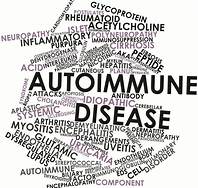 Ayanna Pressley’s Panic Buttons Were Torn Out Ahead of Riots, says Chief of Staff

Panic buttons installed in Ayanna Pressley's congressional office were torn out ahead of the riots at Capitol Hill last week, says her...
Read more

With autoimmune diseases, your body will attack itself, which never made sense to me. I always wondered what causes your immune system to run amok and unleash its vengeance upon you?

Then, one day, I was speaking with a client who had Crohn’s disease where the immune system attacks the digestive tract. She told me there’s a link between Crohn’s disease and smoking cigarettes. When she told her doctor she used to smoke years ago, he suggested she wear a nicotine patch. When she followed her doctor’s orders, the severity of her Crohn’s symptoms subsided for a while. Her immune system attacked the nicotine in her body instead of attacking her digestive tract. That’s when I learned about molecular mimicry.

Sometimes when a foreign invader enters your body, its molecular structure is similar to a particular body part. In the case of casein (from cow’s milk), its molecular structure is similar to your pancreatic beta cells that secrete insulin. When your immune system attacks the casein molecules, depending on your genetic predisposition, it may get confused and mistakenly attack the pancreatic cells and destroy their ability to secrete insulin. That process is called molecular mimicry. Unfortunately, in this case the result would be Type 1 diabetes (this is just one explanation for Type 1 diabetes).

Through dieting we can reduce the number of foreign invaders that the body can confuse with itself. Most of those food-related foreign invaders are in meat products since our bodies are similar to many animals.

However, there is no concern regarding foreign invaders from plant-based food. The molecular structure of plants and the human body is dissimilar, so the odds of contracting an autoimmune disease because of eating fruits and veggies is extremely low.

Thursday is election day in Uganda, but internet services have been shut down across the country. The head of...
Read more
News & Views

Rep. Byron Donalds Refuses to Step Down Amid Calls for his Resignation

Florida GOP congressman Rep. Byron Donalds, a member of the Republican "Freedom Force," is refusing to resign after calls that he step...
Read more
Diaspora

Is it Safe or Unsafe?

When first converting to veganism, the natural tendency is to consume all of the fake meat and cheese products you can shove...
Read more

The African Union has secured nearly 300 million COVID-19 vaccine doses, a continental official said Tuesday. According to The...
Read more