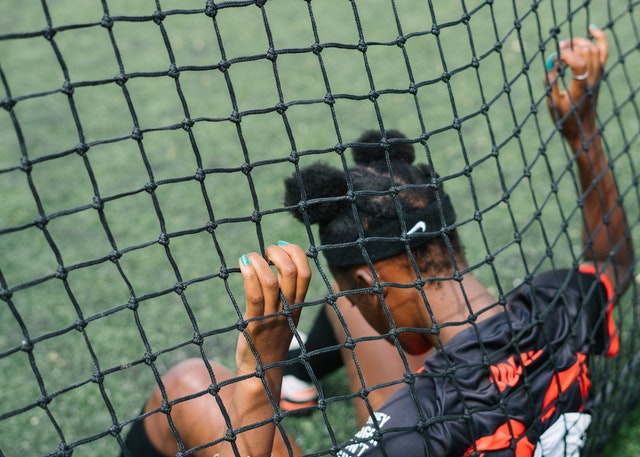 It’s not too far-fetched to immediately associate professional athletes with the model status for health; their career essentially depends upon it.

However, what often gets overshadowed are the health-related concerns or issues concerning Black female athletes.

Runner Allyson Felix briefly considered it “crazy” to have a child. Not because of prior health issues or an underlying condition (at the time), but because her profession somewhat considered it to be so.

“I wanted to be a professional athlete and a mother. In some ways, that dream was crazy. I decided to start a family in 2018 knowing that pregnancy can be ‘the kiss of death’ in my industry,” Felix said in an op-ed for the New York Times.

Felix’s daughter Camryn was born in November of that year.

However, the issues didn’t stop there. Felix’s sponsor, Nike, declined to honor her request not to be “contractually punished” should she not perform well following her pregnancy.

Saddened by the outcome with Nike, Felix went on to found Better Starts For All, an organization that helps “maternity care deserts and other underserved communities gain access to a variety of prenatal care services.”

“It feels very heavy, being a Black mom, I think just raising strong children, raising children who are empathetic and who celebrate diversity and understand that differences are powerful,” Felix told NBC.

Tennis legend Serena Williams has had her fair share of health issues, suffering from blood clots for many years.

The day after giving birth to her daughter Alexis in 2017, a worried Williams walked out of her hospital room to ask a nurse (who claimed the tennis player might be confused) that she be checked for blood clots. Multiple clots were found in her lungs—showing that it is difficult for Black women everywhere to be believed when it comes to their health both on and off the court, track, mat, etc.

Recently, gold-medalist Simone Biles withdrew from the 2021 Tokyo Olympics, citing mental health as a factor in her decision. It is important to note that it was later revealed that Biles’ aunt had passed away during the competition.

Simone explains that being airborne is as much of a mental risk as it is physical; the body must be in tune with the mind; essentially, there is little room for error.

“It’s different, and nobody kind of understands the platform that we’re on. We’re not seen as normal people walking around,” said Biles for AthletaWell.

Although Biles could technically be referring to athletes or people in the spotlight in general, this sentiment especially rings true for Black female athletes. Including Biles herself, whose elements are often penalized because of her skill level compared to other gymnasts. She goes on to say that regardless of her skill level, she deserves recognition for her accomplishments,

Often Black women are expected to be strong or to comply with those in power, so much so that standing up for oneself can often seem like (or be) a risk. Black women shouldn’t be expected to work ten times harder just to be heard.

Setting a new standard that supports and uplifts Black female athletes (many of whom are the best in their sports) regarding physical and mental health is the first step to creating a better future for those who will come after.