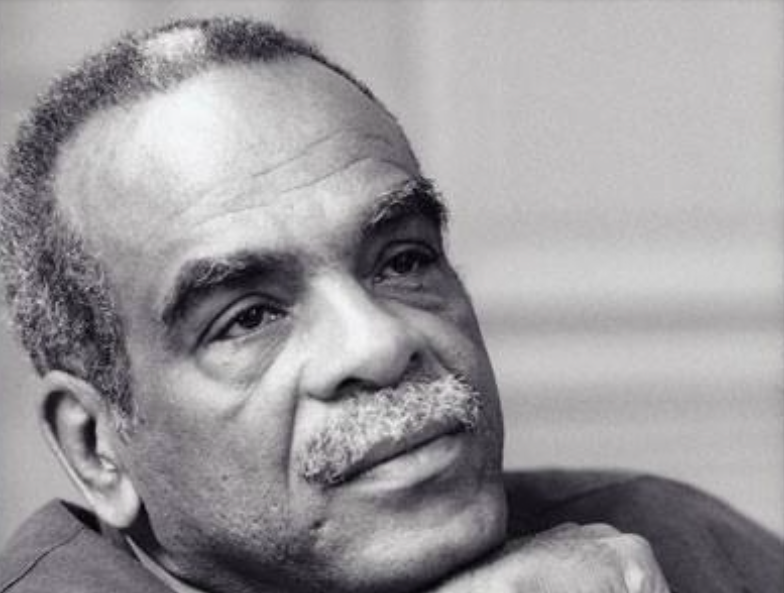 Novelist, poet and philosopher Édouard Glissant developed concepts influential to modern anti-colonial scholarship, and connected with students as a Distinguished Professor at the CUNY Graduate Center for 16 years.

Born in 1928, Glissant grew up in the town of Sainte-Marie on the island of Martinique, located in the Caribbean Sea.

The French-speaking scholar attended Lycée Schoelcher, a school in the island’s capital, where he met poet and then-teacher, Aimé Césaire.

Césaire cofounded the Négritude movement, and became a seminal influence in Glissant’s work.

“Negritude was an important aspect to the rejection of colonialism. Emerging at the cusp of African independence movements, Negritude made an impact on how the colonized viewed themselves,” wrote historian Anna Micklin in a post on the online reference center BlackPast.

After moving to Paris in 1946, Glissant studied philosophy and ethnology at the Sorbonne and Musée de l’Homme respectively.

Much of Glissant’s work centers on the people of Martinique and their history with colonialism.

Among many others, Glissant authored the 1956 poetic epic “Les Indes (The Indies)” and the 1964 novel “Le Quatrième Siècle (The Fourth Century).” In the latter, Glissant “retraced the history of slavery in Martinique and the rise of a generation of young West Indians, trained in European universities, who would reclaim their land,” according to Britannica.

Manthia Diawara, director of the 2009 film “Edouard Glissant: One World in Relation,” considers Glissant’s “Philosophy of Relation” to be his crown jewel.

“‘Philosophie de la Relation’ is a book about how intuition, nature, and poetry, which entertain the darkness of opacity, were taken out of communication, and how our humanities were left only in the hands of systems of linear and discriminating monolinguisms,” wrote Diawara, a professor at New York University, in “ Édouard Glissant’s Worldmentality: An Introduction to One World in Relation.”

The 1992 Nobel Prize nominee often traveled between Martinique, the United States and Paris. As founder of the research institute Institut Martiniquais d’Études and Acoma journal, Glissant lived an accomplished life—one that honored the people of Martinique.

“On the slave ship we lost our languages, our gods, all familiar objects, songs, everything. We lost everything. All we had left was traces. That’s why I believe that our literature is a literature of traces,” said Glissant in the film “Edouard Glissant: One World in Relation.”