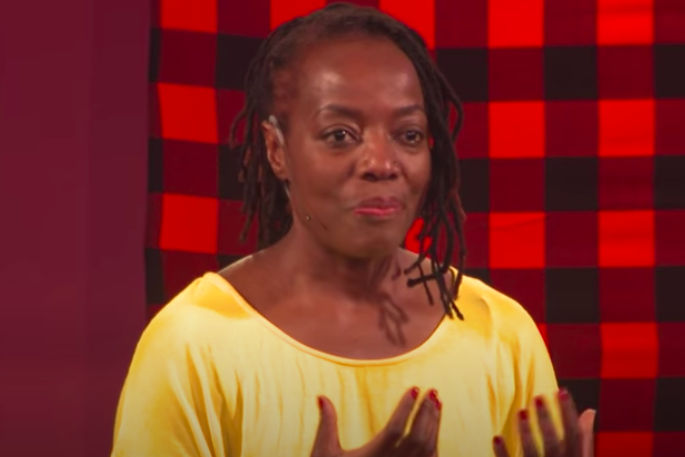 Author Alex Haley Was Born With works such as Roots and The Autobiography of Malcolm X, journalist and...
Read more
News & Views

This Day in History, August 11th

On August 11, 1965, more than 30,000 people in Los Angeles’ Watts neighborhood began rioting after the arrest of a young African American motorist....
Read more
This Day

This Day in History, August 10th

Anna Julia Cooper, educator, educator, the fourth Black American woman to earn a PhD (in history from the Sorbonne in 1924) and author of A...
Read more
Podcasts

Do you need to heal and move past your money story? In this episode, Angela E. Matthews speaks with Eugenie George, financial...
Read more

Award-winning Zimbabwean author Tsitsi Dangarembga has been arrested during anti-corruption demonstrations in Harare. Dangarembga, who was included this week on the Booker Prize long-list for her novel This Mournable Body, is known for speaking out against corruption in her country.

On Wednesday, President Emmerson Mnangagwa warned that those who attended the demonstrations would be dealt with “severely.”

Anti-government demonstrations have been outlawed. Armed soldiers were deployed to Harare ahead of the planned protests to shut down the businesses forcibly and to prevent citizens from entering the city.

“It must never be in doubt that the objective of these rogue Zimbabweans acting as in cahoots with foreign appendages, supporters, and financiers … is to overthrow our democratically elected Government,” Mnangagwa said on Wednesday. “I want to warn the organisers of this ill-fated demonstrations that our security services will be vigilant and on high alert to appropriately respond to their shenanigans. I urge all patriotic and law-abiding citizens to shun these malcontents and reject their divisive and ruinous plan.”

Jacob Ngarivhume, the coordinator of the scheduled demonstrations, was arrested last week after the government accused him of using his social media to incite public violence. He was not present at Thursday’s protest, as his bail hearing is not until Monday.

Many Zimbabweans feel they have been worse off under Mnangagwa’s rule, citing a failing economy and a brutal crackdown of fundamental human rights as part of the reason. Mnangagwa took over from longtime ruler Robert Mugabe after a coup in 2017 amid the promise of country-wide reform.

It is a promise he is yet to deliver.

Author Alex Haley Was Born With works such as Roots and The Autobiography of Malcolm X, journalist and...
Read more
News & Views

This Day in History, August 11th

This Day in History, August 7th

This Day in History: August 6th

Jamaica Declares Independence From the food to the music, the cultural influence of Jamaica is undeniable. The Caribbean...
Read more
Diaspora

Zimbabwean novelist and filmmaker Tsitsi Dangarembga, who was arrested at recent protests in the country, has accused President Emmerson Mnangagwa's government of...
Read more
News & Views

This Day in History, August 5th

Burkina Faso, a landlocked country in West Africa and formerly known as Upper Volta, became independent on August 5, 1960. The country, which is...
Read more
Diaspora

Jamaica's Supreme Court upheld a decision of a Kingston school to demand a 5-year-old student cut her dreadlocks to attend classes. The...
Read more
Diaspora

This Day in History: August 3rd

Edward Blyden, Father of Pan-Africanism, Was Born Before Marcus Garvey, there was Edward Blyden, who is considered to...
Read more

In Part 2 of the Mid-Year Review, Jacquette Timmons breaks down some of what your mid-year review should have revealed for you...
Read more
News & Views

This Day in History: August 6th

The Voting Rights Act of 1965, the landmark federal legislation that prohibits racial discrimination in voting, was signed into law on August 6, 1965....
Read more