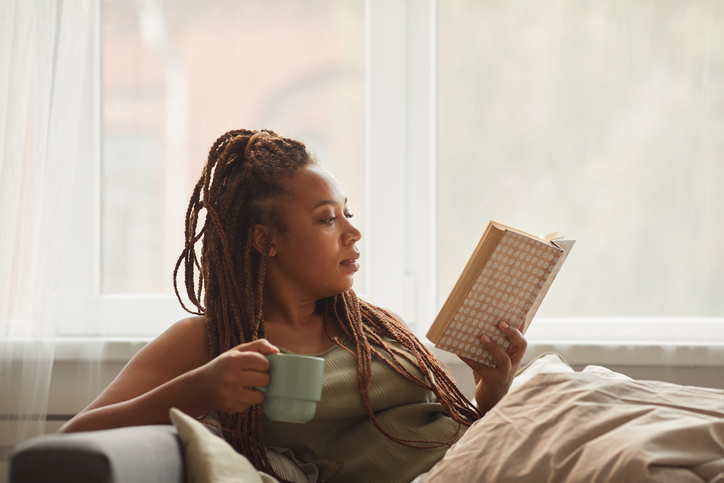 There’s no denying the importance of representation. Whether it’s movies, television, music, or books, everyone should be able to see themselves reflected in the media they consume and care about, and purchase.

Just as many books tell stories about people and places around the world, so do the bookstores you get them from.

Here are ten Black-owned bookstores in the U.S. and beyond.

New Beacon sells a number of titles, including those in fiction, non-fiction, and history, as well as children’s books and poetry. After being faced with the possibility of closing in 2016, thanks to the help of social media and crowdfunding, New Beacon was able to keep its doors open.

With a new and improved I.T. system and website as of March 2017, the bookstore continues to be a staple for many locals.

Although The Lit. Bar only opened in 2019, this Bronx-based bookstore has a much longer history.

After attending a protest in October of 2014 to save the only bookstore in the area, Barnes & Noble (which unfortunately closed in 2016), proprietress Noëlle Santos recognized the need for a local and long-standing bookstore.

Their listings include books in categories such as “The Front Table, Queer & Dear, Dear White People, Kiddie LIT’r, and Bronx Tales.”

With a name that comes from the Kiswahili word meaning “Let us read,” it is clear Tusome Books (an online bookstore based in Canada) embraces its roots.

It also embraces other cultures, as many of its authors come from African, Asian, Asian-Pacific, and Canadian Indigenous backgrounds. Additionally, there is a strong focus on highlighting other marginalized communities such as those with disabilities, chronic illness, or those within the LGBTQ+ community.

“The goal of the bookstore is to bring stories and experiences that seem so unfamiliar and out of reach closer to readers.”

As the oldest Black-owned bookstore in the United States, Marcus Books, named after Marcus Garvey and founded in 1960, has quite a bit of history.

The bookstore has hosted many authors over the years, including Rosa Parks, Maya Angelou, Toni Morrison, and Angela Davis, among many others.

Starting out as a “brick and mortar store,” this bookstore has also taken up an online presence to reach a wider audience.

Located in the Garden State, The Little BOHO Bookshop opened in July of 2017 after founder Sandra Dear, a former member of the publishing industry, decided that she wanted to help keep print alive in our very digital age.

“Everywhere I went, I saw kids and adults connected to electronic devices. As someone from the publishing industry, I knew I had to do something to keep print alive in my community; it was time to make reading fun again.”

The bookstore mainly caters to an audience of kids, pre-teens, and young adults.

Founded in 2017 by Marc Lamont Hill, Uncle Bobbie’s strives to help those in need by providing them with books and a community space.

Along with being a cafe, the bookstore also hosts author talks, various workshops and entertains children with both games and weekly storytimes.

Enda’s Booktique was established by founder E. Jean, an educator and the daughter of a community activist and minister, to connect her community to literature.

The “booktique” sells new, used, and donated books with a focus on books written, “by women, about women, and for women.”

The store also has a space for students, special events, book signings, and its own book club.

Blackstone Bookstore and Cultural Center opened in November of 2013.

The bookstore, which sells other items such as clothing, oils, and incense, wants to be a space for a community of writers, students, educators, etc.

Titles sold at Blackstone Bookstore and Cultural Center include but are not limited to “So You Want To Talk About Race?, How to be an Antiracist, Between the World and Me, and Blended.”

Ramunda and Derrick Young founded MahoganyBooks in 2007 with a focus on books relating to the Africa Diaspora.

Starting as an initially online platform, in 2017, MahoganyBooks opened its first store in Washington, DC.

Mahogany has donated over 1000 books to the community and aims to make Black books available to those who want to read about Black culture.