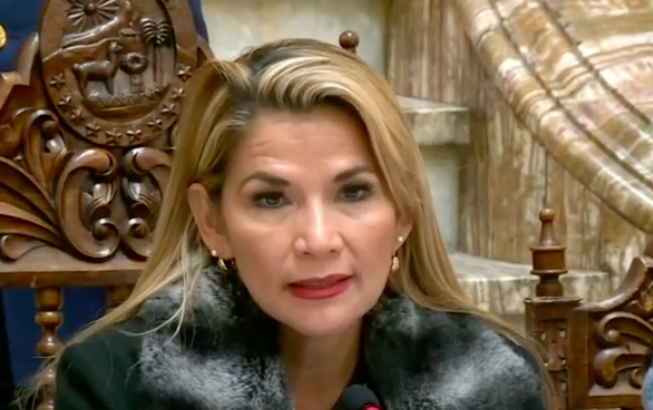 Bolivia’s interim President Jeanine Anez announced that she would not be taking part in the country’s election next month.

Anez addressed the nation via video message, citing hopes to unify members of her party against former President Evo Morales.

Last week, a Bolivian court refused a legal appeal by former president Evo Morales to run for a Senate position in the upcoming October election. The election is a re-run of a voided vote late last year. It was initially rescheduled for May 2020 but was postponed twice due to the COVID-19 pandemic.

Morales tweeted that he would not appeal the court’s decision.

“We are aware that due to internal pressures and external impositions they decided to disqualify my candidacy. We bear the costs of our fight for the people. We will continue on the peaceful and democratic path of the liberation of our dear #Bolivia,” he said in a separate tweet.

Anez is desperate to avoid another Morales uprising.

“Today I put aside my candidacy for the presidency of Bolivia, for the sake of democracy,” Anez said. He added that “the risk that the vote is divided” between numerous candidates, and that as a result of that division the MAS would end up winning.

Anez’s chances of securing a term in office were slim. According to Al Jazeera, socialist candidate Luis Arce of the MAS party is leading in the polls. Centrist former President Carlos Mesa follows him. Anez was lagging behind in fourth place.