An Educator for the People: Paulo Freire at 100 Years 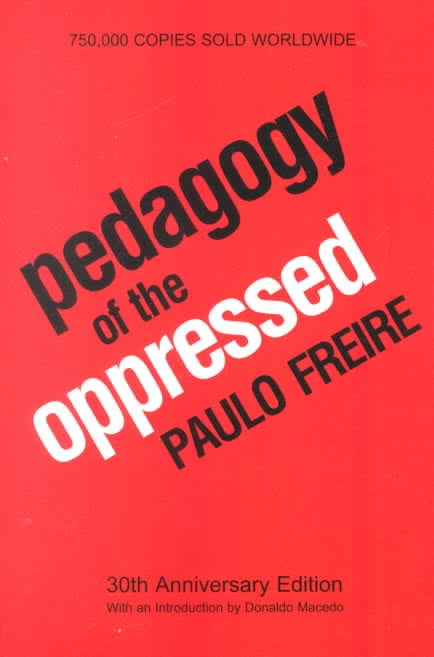 On September 19, people around the world commemorated the 100th birthday of the beloved icon, Paulo Freire.

He is by far Brazil’s most well-known educator whose work has created an impact that has reverberated throughout the world. He is considered one of the most important thinkers of the 20th century.

Freire is primarily renowned for the educational methodology which bears his name.   Establishing an openly political pedagogical framework, his most famous text, “Pedagogy of the Oppressed,” is considered the foundational text for critical pedagogy. This classic text was both inspired by and has inspired social revolutions and radical philosophies for fifty years.

For Freire, the main objective of education is to make the student aware. This means in relation to the disadvantaged sections of society, to make them understand their situation as the oppressed and act in favor of their own liberation. Freire’s “Pedagogy of the Oppressed,” and the concepts contained in it are the basis for much of his work as a whole.

Freire was born in 1921 in the Northeastern State of Recife, into a middle-class family. The impact of the Great Depression and the death of his father when he was 13 years old, introduced  Freire to the struggle of the working class.

After graduating from law school he switched interests and began moving his professional life towards teaching. He eventually took various educational positions in government, working on programs for the illiterate poor. At the time, literacy was a requirement for voting.

His philosophy emerged from observing the culture and language use of his students and the elitist methods of the school. In 1963, in the Northeast regions of Angicos, he directed a program that taught 300 people to read and write in one month. From this success, he began coordinating a National Literacy plan.

His plan would be upended when the government was overthrown by a military coup in 1964. Freire was imprisoned for 70 days before escaping into exile.

It was in 1968, while in exile in Chile, that he wrote “Pedagogy of the Oppressed.”

In it, he centered the idea that “Men educate themselves mediated by the world.” For him, this meant that the student, literate or not, arrives at school with a culture that is neither better nor worse than the teachers.

In the classroom, both sides should learn together, with each other. In order for this to happen, relationships must be effective and democratic, promoting expression. Freire’s pedagogy believed that the subject of cultural creation is not individual, but collective.

“It would be naive to expect the ruling classes to develop a form of education that would enable the ruled classes to critically perceive social injustices.”

One hundred years after his birth, the educator is honored in many countries and published dozens of works, translated into more than 20 languages. He received 39 honorary doctorates – 34 in life and five in memoriam – and more than 150 honorary titles and/or medals. In 2012, he was declared a patron of Brazilian education.

Often it’s opposition to an idea that explains its true value. Along with the celebration, he is also defamed and attacked by the Bolsonaro government in Brazil. President Jair Bolsonaro’s own son, Eduardo Bolsonaro, used his social networks to criticize recent legal efforts to protect the legacy of Freire.

“The country’s education is of terrible quality and you can’t even criticize the patron of this mess? That’s not justice, it’s unhealthy militancy. It’s never been so difficult to do right and fix Brazil.” said the federal deputy.”

Freire has written more than 20 books as sole author and 13 as co-authors. His most important book, “Pedagogy of the Oppressed,” has been translated into more than 20 languages ​​and, in English alone, more than 500,000 copies have been published.

You can download and read the English version here for free: