UndocuBlack: Here Is How You Can Show Up for Black Immigrants and Support Their Cause 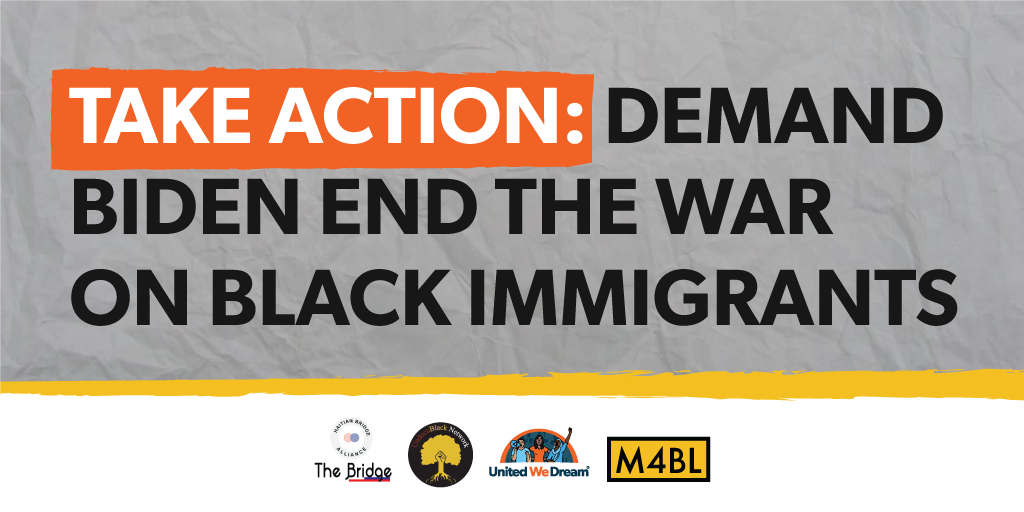 In response to the escalating crisis and anti-Black cruelty witnessed at the border, the Undocublack Network, Haitian Bridge Alliance, the Movement for Black Lives and United We Dream have filed a petition demanding the Biden Administration to end the war on Black immigrants and urging the administration to pursue a coherent and just foreign policy agenda with Haiti and Black immigrants.

It also highlights the current mistreatment of thousands of Black migrants, many of whom are Haitian at the border, stranded in treacherous conditions in Mexican border towns.

“Haitian migrants are facing open violence from CBP that is reminiscent of the horrific practices endured by their enslaved ancestors centuries ago–photos of officers using reins for horses on migrants simply trying to purchase water and food as they wait for the chance to seek protection.”

The petition has already gained thousands of signatures and the number is increasing daily.

Towards the same effort, four leading Black immigrant organizations are filing a formal complaint with the Department of Homeland Security’s Office of Civil Rights and Civil Liberties, demanding that any potential witnesses to Border Patrol abuses be allowed to remain in the United States while the claims are investigated.

This is a significant new step in the demanding justice for Haitian communities seeking asylum in the United States and part of an ongoing escalation of efforts to secure basic dignity for newly arriving Black immigrants of all backgrounds. This complaint complements the pending investigations while casing a range of violations committed in connection with CBP’s grotesque treatment of migrants.

We ask you to show up for Black immigrants and sign the petition here.

Haitian Bridge Alliance, The UndocuBlack Network, African Communities Together and Black Alliance for Just Immigration have been leading voices on issues affecting Black immigrants for years and now are officially calling for the Biden administration to stop expelling Haitian asylum seekers in Del Rio with this complaint.