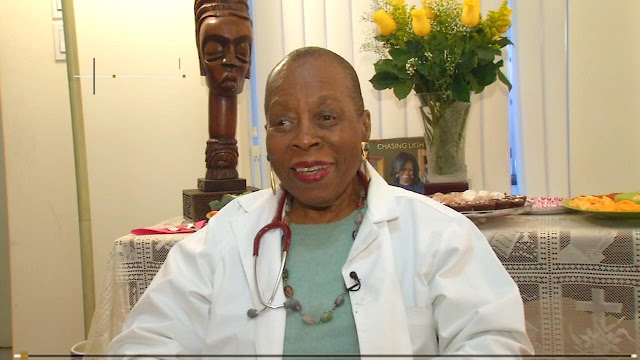 She worked several jobs and took night classes to get through Howard University College of Medicine in 1955. Dr. Melissa Freeman was only one of four women in her graduating class. Today is she 92 years old and still practicing medicine in Harlem and helping people battle addiction.

Her grandfather, who was born into slavery, stressed education. He had no formal education but he had the wherewithal to move to New York after being reunited with his mother and make a life for his himself and his family.

“My grandfather really emphasized the importance of an education,” said Freeman in an interview with The Amsterdam News. “They all had this knowledge that their children needed to be educated. He didn’t talk much about it, but all of the children knew.”

All of the Freeman children earned college degrees, two earned doctorates and a cousin attended Julliard School of Performing Arts. Melissa Freeman was also interested in the arts, attending LaGuardia High School and then Hunter College, studying music and art. But a family friend encouraged her to go to medical school.

This week she was interviewed by Robin Roberts on Good Morning America where she discussed what keeps her still going strong at 92.