This Day in History: March 6th 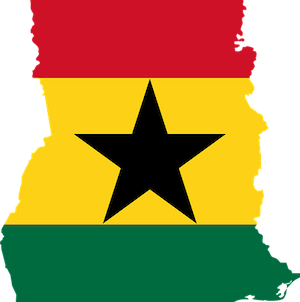 At midnight on March 6, 1957, President Kwame Nkrumah declared Ghana autonomous, independent of British rule. The country would also have a new flag, which would feature a black star in the middle with stripes of red, gold and green. The flag, designed by Theodosia Salome Okoh, represented the blood that was shed towards independence (red), the industry that powered the wealth (gold) and the rich grasslands of Ghana (green. The black star in the middle, represented the Ghanaian people.

“My first objective is to abolish from Ghana poverty, ignorance, and disease,” Nkrumah said. “We shall measure our progress by the improvement in the health of our people; by the number of children in school, and by the quality of their education; by the availability of water and electricity in our towns and villages; and by the happiness which our people take in being able to manage their own affairs. The welfare of our people is our chief pride, and it is by this that the government will ask to be judged.”

Prior to the arrival of the Europeans, Ghana was home to the Ashanti tribe, which controlled the region. The area had an abundance of natural resources, including gold and ivory and that attracted the attention of colonists. The Portuguese were the first to establish a settlement in the region, but the prospective riches led to a struggle between many of the European nations. However, in 1874, Britain managed to gain control over parts of the country and renamed them the British Gold Coast.

The British Empire began to weaken after its involvement in World War II and started the process of reducing its colonies around the world, including those Africa. This change was matched by a rising call for independence in the Gold Coast. In 1947, the United Gold Coast Convention called for “self-government within the shortest possible time” and it helped to make the foundation of a successful independence movement.

In 1951, Osagyefo Kwame Nkrumah won a majority in the Gold Coast legislative election and the following year he was appointed the leader of the Gold Coast government. The Gold Coast region officially declared its independence on March 6th, 1957 and established the nation of Ghana. Ghana was the first sub-Saharan African nation to declare its independence from colonial rule and this led to a wave of decolonization throughout the continent.

Nkrumah became the first Prime Minister of Ghana and went on to declare Ghana a republic and named himself president for life in 1964. He banned all opposition parties but was deposed in 1966 by a military coup.

Today marks the 63rd year of independence sub-Saharan nation. Nana Addo Dankwa Akufo-Addo serves as the President of the Republic and won Ghana’s 2016 election against the incumbent. From Tamale in the north to Accra in the south, Ghanaians celebrate this day with street parties and parades. The festivities are not just a time for the natives of Ghana either, they attract people from all over the world!

Share
Facebook
Twitter
Pinterest
WhatsApp
Previous articleDon Calloway: ‘We Should Have the Courage to Investigate the Idea of Global Citizenship’
Next articleAmanda Gorman Tailed by Security Guard: ‘This is the Reality of Black Girls’
- Advertisement -