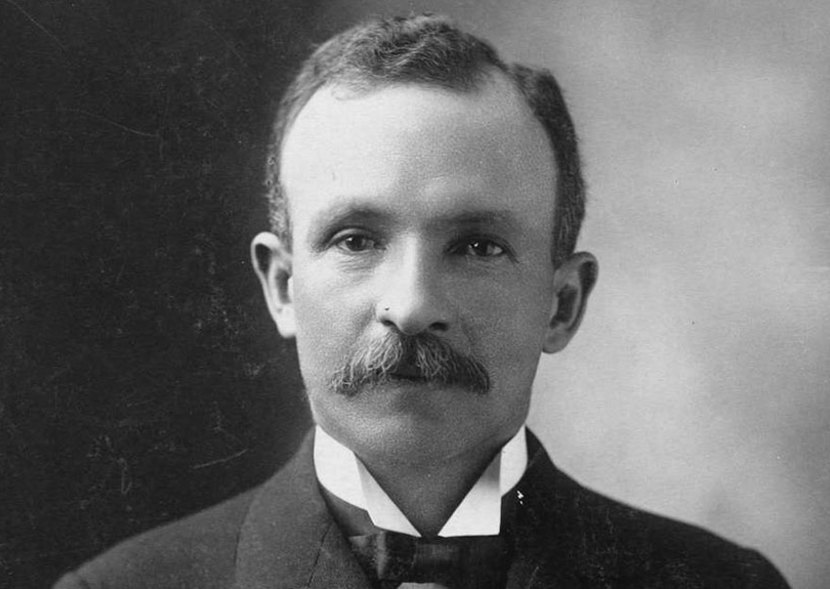 To be able to easily “pass” as a white man and refuse to do so in the 1860s, must have taken quite a bit of self pride. Charles Chesnutt, noted author, essayist and one of the first published black novelists, was born June 20, 1858 and while he was said to be 7/8th white and looked white, never let anyone mistake him for anything but black.

One of Chesnutt’s most important works was The Conjur Woman, published in 1899, which was a collection of stories set in postbellum North Carolina. The lead character was a freed slave, Uncle Julius, who entertains a white couple from the North, who have moved to the farm, with tales of antebellum plantation life. Julius’ stories feature hauntings, transfiguration and, of course, conjuring spirits. Seven of Uncle Julius’s tales were collected in The Conjure Woman. Chesnutt wrote a total of fourteen Uncle Julius tales, the remainder of which were later collected in The Conjure Woman and Other Conjure Tales, edited and published after Chestnutt’s death (Nov. 15, 1932) in 1993.

In 1899, Chesnutt published The Wife of His Youth and Other Stories of the Color-Line, a collection of short stories, which discusses race and prejudice and the dangers of “passing,” and raising mulatto children.

Chesnutt’s love of writing was sparked by his love of education. By the time he was 14, he was both a student and a teacher at the Howard School, a school founded for blacks by the Freedmen’s Bureau during Reconstruction.

He was promoted to assistant principal of the normal school, which was to become Fayetteville State University, a historically black colleges and universities (HBCUs) established to train black teachers.

He moved north, to New York, to pursue his literary career. He moved there with his wife, Susan Perry (whom Chesnutt married when he was 20 and with whom he had four daughters). He also left the south to escape the blatant racism.

In addition to teaching and writing, Chesnutt decided to take up law and he was able to pass the bar without going to law school, just by studying the law. He established what would become a lucrative court reporting (legal stenography) business, which made him wealthy.

He started getting more interested in activism in the early 1900s and beginning in 1910, he served on the General Committee of the newly founded National Association for the Advancement of Colored People (NAACP). In addition to working with one of the founders of the NAACP, W.E.B. Du Bois, Chesnutt also worked with Booker T. Washington and became one of the most important activists and essayists on the topic of injustice of his time.

Here is one of his more poignant pieces:

Looking down the vista of time I see an epoch in our nation’s history, not in my time or yours, but in the not distant future, when there shall be in the United States but one people, moulded by the same culture, swayed by the same patriotic ideals, holding their citizenship in such high esteem that for another to share it is of itself to entitle him to fraternal regard; when men will be esteemed and honored for their character and talents. When hand in hand and heart with heart all the people of this nation will join to preserve to all and to each of them for all future time that ideal of human liberty which the fathers of the republic set out in the Declaration of Independence, which declared that ‘all men are created equal’, the ideal for which [William Lloyd] Garrison and [Wendell] Phillips and [Sen. Charles] Sumner lived and worked; the ideal for which Lincoln died, the ideal embodied in the words of the Book [Bible] which the slave mother learned by stealth to read, with slow-moving finger and faltering speech, and which I fear that some of us have forgotten to read at all-the Book which declares that “God is no respecter of persons, and that of one blood hath he made all the nations of the earth.”