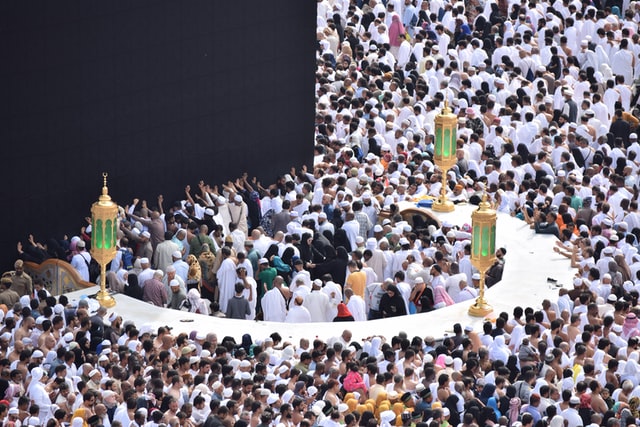 The Saudi Arabian government has announced that pilgrims will only be allowed to travel to Mecca for hajj if they have either been immunized or if they have fully recovered from the COVID-19 virus.

“The COVID-19 vaccine is mandatory for those willing to come to the hajj and will be one of the main conditions (for receiving a permit to come),” a circular signed by the Saudi health minister reads.

The Ministry of Hajj and Umrah, in a statement, said that it would increase the operational capacity of the holy mosque as a part of the COVID-19 measures and restrictions. Travelers must have received two doses of a COVID-19 vaccine. Those who have received just one dose of the vaccine must have been administered at least 14 days before the five-day event.

Muslims who are financially and physically capable of performing the pilgrimage to Mecca must make hajj at least once in their life.

Saudi Arabia has reported more than 393,000 coronavirus infections and 6,700 deaths from the virus.

The news comes as the Biden administration and private companies are working hard to develop “vaccine passports” — that would allow citizens to prove they have been vaccinated against the virus. The passports will be made available both digitally and on paper.

The plan has already been met with opposition from Texas Gov. Gregg Abbott, who has already issued an executive order banning government-mandated “vaccine passports” in the state.

“Every day, Texans are returning to normal life as more people get the safe and effective COVID-19 vaccine,” Abbott said in a statement. “But, as I’ve said all along, these vaccines are always voluntary and never forced. Government should not require any Texan to show proof of vaccination and reveal private health information just to go about their daily lives.”

More than 4 million people in the United States received a coronavirus vaccine on Saturday — the nation’s highest one-day total since the jabs began rolling out in December.