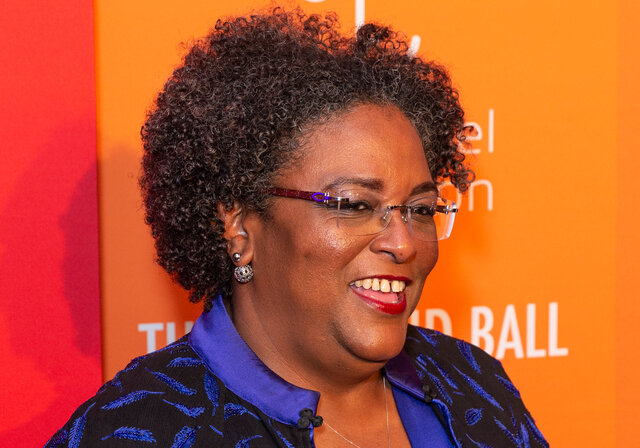 According to The Voice Online, Mottley called for “at least one weekly direct flight from Africa to the Caribbean” to guarantee African and Caribbean people can experience each other’s countries first-hand and work together to strengthen diaspora relations.

Mottley said: “All visa requirements should be abolished. Africans and Caribbean people should be able to move freely,” she added.

The sentiment is one not only expressed but evidenced by the former attorney’s time at Ilaro Court.

One of the first things she did when she took office in 2018 was abolish the “illegal” visa requirement for Haitian nationals entering Barbados.

“It should not have been on in the first place. I was shocked to learn that on Saturday,” Minister of Home Affairs Edmund Hinkson said at the time. “That is clear law . . . that was absolutely incorrect. If Haiti is a member of CARICOM and the Treaty of Chaguaramas speaks to non-discrimination and equal treatment, how can you have put on visa requirements on Haitians? Why do we do this to our own people?”

Since Mottley’s appointment, the island has made meaningful strides away from its colonial past.

Last year, Barbados announced its intention to remove Queen Elizabeth as its head of state. On Independence Day on Nov. 30, the country will shift from being an independent nation to a full-fledged republic with its own head of state.

“The time has come to fully leave our colonial past behind,” the government said in a statement at the time. “This is the ultimate statement of confidence in who we are and what we are capable of achieving,” the speech read.