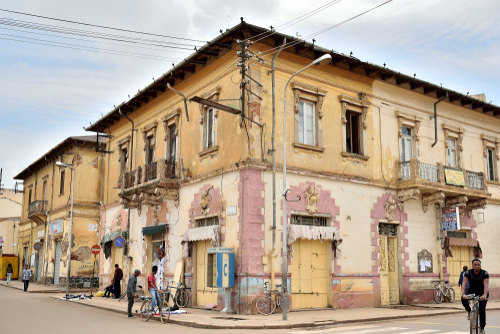 Eritrea has condemned sanctions imposed by the United States on Friday, calling them an extension of Washington’s “misguided and hostile policy.” The military also decried the sanctions as “illicit and immoral.”

The Biden administration is targeting Eritrea for its part in the conflict in Ethiopia. In November 2020, between Ethiopian federal troops and the Tigray People’s Liberation Front (TPLF), the ruling party of Tigray went to war with Prime Minister Abiy Ahmed’s country.

“We condemn the continued role played by Eritrean actors who are contributing to the violence in northern Ethiopia, which has undermined the stability and integrity of the state and resulted in a humanitarian disaster,” The U.S. Department of the Treasury’s Office of Foreign Assets Control (OFAC) Director Andrea Gacki said in a statement.

In January, Abiy Ahmed, who won the Nobel Peace Prize in 2019, acknowledged that Eritrea had hosted armed Ethiopian troops who had fled to its territory after the TPLF seized their bases in Tigray in November. Abiy faced international criticism after humanitarian organizations claimed they had been denied access to the region to provide life-saving provisions for Tigrayan civilians caught in the fray.

This week, U.S. Secretary of State Antony Blinken will make his first official visit to Africa Washington seeks to defuse the conflict in Ethiopia and end the military coup in Sudan.

“Eritrea’s destabilizing presence in Ethiopia is prolonging the conflict, posing a significant obstacle to a cessation of hostilities, and threatening the integrity of the Ethiopian state,” Blinken said in a statement released, calling for Eritrea to withdraw its forces.