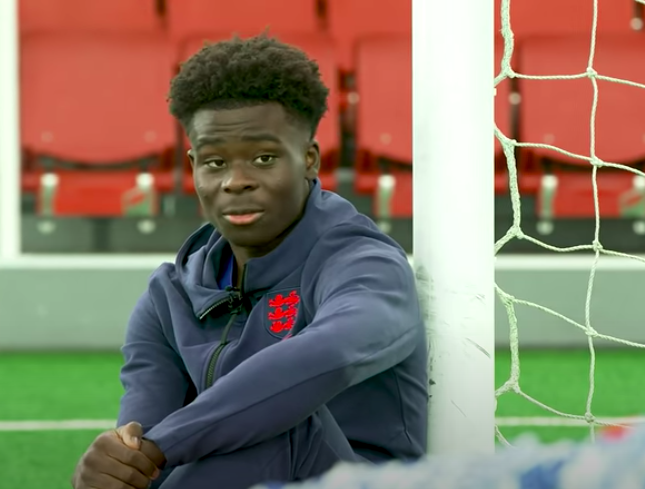 The world watched slack-jawed as England players Marcus Rashford, Jadon Sancho and Bukayo Saka were flooded with racial abuse after they missed the goal during their penalty shootouts.

Saka says he was not at all surprised by the abuse which followed.

“To the social media platforms Instagram, Twitter and Facebook, I don’t want any child or adult to have to receive the hateful and hurtful messages that me, Marcus and Jadon have received this week,” Saka wrote in a statement posted to social media.

“I knew instantly the kind of hate that I was about to receive, and that is a sad reality that your powerful platforms are not doing enough to stop these messages,” he continued.

Saka, who also played for London’s Arsenal team, says he turned off his social media to spend time with his loved ones.

Sadly, Saka is right. The kind of abuse he and his fellow Black teammates experienced is a common occurrence in European football.

“Kick It Out,” England equality and inclusion organization for football, was founded to fight against discrimination for everyone who plays, watches, or works in football.

It was established in 1993 — almost three decades ago. And not much has changed.

Last week, Prime Minister Boris Johnson introduced new legislation to tackle racial abuse on and off the pitch. Now football racists can receive a match ban of up to 10 years and tech companies could face hefty charges for failing to curtail abusive social media posts.

Fortunately for the England team, Saka will not allow the racist trolls to win.

“There is no place for racism or hate of any kind in football or in any area of society and to the majority of people coming together to call out the people sending these messages, by taking action and reporting these comments to the police and by driving out the hate by being kind to one another, we will win. Love always wins,” Saka adds.