The ZUMVI Archive: Preserving Black History in Brazil for 30 Years 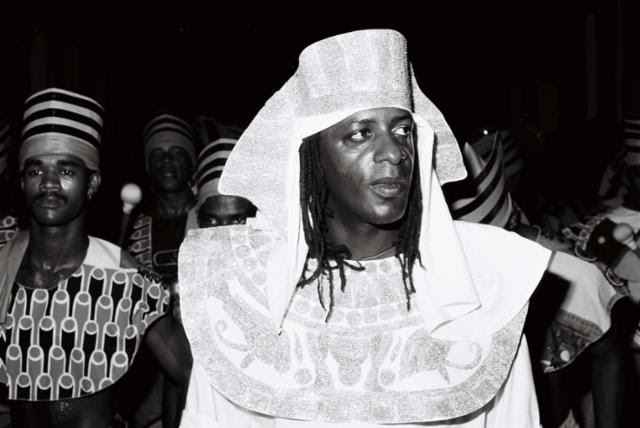 This month I launched a project that I have been pouring my soul into for several years now. The Atlantic Archives Foundation provides research, programing, intellectual, and funding support to the ongoing project of memory work in the African Diaspora.

The transnational organization emerged from my doctoral studies focusing on the shared identities connecting Black people in Brazil and the United States. But the true foundation of this project is the relationship that I have made with working class creatives, intellectuals, and activists throughout the diaspora.  I was blessed to have many of these individuals join me as we trained our inaugural cohort of Atlantic Archive Fellows, who will be developing community-driven archives around Northeast Brazil over the next year.

Lazaro Roberto has been a mentor for the Atlantic Archives. He has worked for 30 years to preserve the history of Black Brazilians through his photographic work and his unprecedented archive, ZUMVI.

The Zumvi photographic archive (ZUMVI Arquivo Fotográfico) was started in 1990 by Lázaro Roberto, Ademar Marques and Raimundo Monteiro, three Black men who lived in the outskirts of Salvador. This moment was filled with adversity as the country was in the midst of a military dictatorship.

This group of Black photographers committed to documenting the culture and social struggle of the largest Black population outside of Nigeria. Their main method was documentary and photojournalism.

“We photograph today for the future,” says Roberto. “Without pretension, we created a “visual quilombo” by developing an Black way of documenting and archiving our own memories, something never done in contemporary Brazil.”

The name “Zumvi” is an original word created from “zum” (zoom), lens, and “vi” (to witness); “It’s the capacity of zoom lense to seek reality that is both far and close.” Of course, it pays homage to Zumbi, the Angolan descendent, Afro Brazilian, who escaped enslavement and started the most well-known quilombo (maroon nation) Palmares. Quilombo dos Palmares fought against the Portuguese and Brazilian colonies for 70 years.

Roberto discovered photography at age 20. It was at an annual arts festival organized by the Experimental Arts Group of Retiro Grande Arts, where he was born, he grew up and lives until today. There he saw an exhibition of the filmmaker Antônio Olavo (Passion and War in the Sertão de Canudos, 1993) and perceived, for the first time, the transforming power of photography. “That there impacted me, a black and white photography work,” he remembers.

With a Minolta camera he won as a gift, he photographed the city parties and the residents of the neighborhood. “No one taught me, I’ve been learning alone. There were a lot of photos without focus,” he said adding that learning “how to photograph was “an exclusive art, plus a white profession.” After lots of practice, he learned to master his tools.

The Zumvi collection archive has almost 30,000 images of the daily life and struggle of the Black people of Bahia. But, his first great work was at a local fair in the 1990s. There he teamed up with a friend who was an aspiring writer. They documented the details of daily life: the tired face of the workers, everyone who was rushed between the tents and the fairs. “He did a search for his writing, and I worked with the camera. I spent the day photographing. ”

The title of the project was: “The work of the Negro of Boys at St. Joaquim.”

In 1990, while producing and organizing the images of the fair, he realized that he was adding to an already considerable collection. “Many I had never ever seen, because he had no money to develop.”

In the same year, after completing a course of photography, he called his friend photographers Raimundo Monteiro and Ademar Marques and, with them, founded Zumvi photographic archive.

Of the 30,000 photos of the collection, about 20,000 are from Roberto. The others came from the partners of the Zumvi and the donation of personal collections of figures such as Jonathan Conceição (1952-2009), director of Ilê Aiyê and one of the founders of Black Movement Unified in Bahia, and Luiz Orlando (1945-2006), militant and scholar of Black cinema. Since the mid-1990s, He has taken care of the collection alone. He never had funding from institutions. “I built this because I know the importance of being a Black photographer and taking care of this memory,” he tells me.

Atlantic Archives is proud to be in community with Lazaro Roberto and ZUMVI.