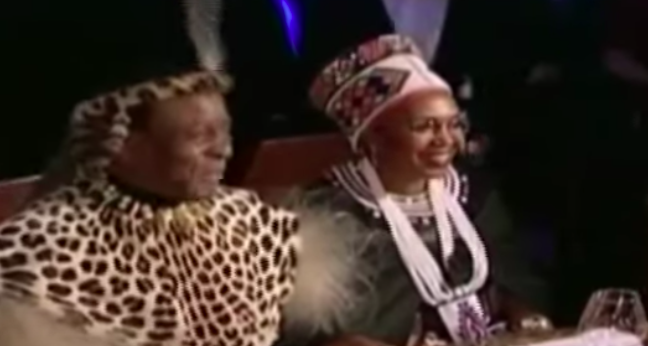 “It is with deepest shock and distress that the Royal Family announces the unexpected passing of her Majesty Queen Shiyiwe Mantfombi Dlamini Zulu, regent of the Zulu nation,” a statement issued by Prince Mangosuthu Buthelezi, founder of the Inkatha Freedom Party and traditional prime minister to the Zulu monarch, reads.

“This has taken us by surprise and left us utterly bereft. On behalf of the royal family, I wish to assure the nation that while we are all rightly grief-stricken, there will be no leadership vacuum in the Zulu nation,” Buthelezi said.

The cause of death has not been released to the public.

Dlamini was named Regent following the death of her husband, King Goodwill Zwelithini, who dies from diabetes-related complications.

Dlamini wed Zwelithini in 1977, becoming his third wife. She is the sister of King Mswati III, ruler of eSwatini, the country formerly known as Swaziland.

The Zulus are the largest ethnic group of South Africa’s 60 million people. While the throne does not have lawful political power and is mainly ceremonial, the Zulus remain profoundly influential. The royals received a tax-payer funded budget of more than $4.9m.

According to South African publication IOL, a successor would be announced following Dlamini’s burial.

“On behalf of the Zulu Royal Family, I hereby inform the nation of arrangements that have been made for the funeral of the late Regent, Her Majesty Queen Shiyiwe Mantfombi Dlamini Zulu. On Wednesday May 5. Her Majesty’s body will be transported from Johannesburg to her Royal Palace of KwaKhangelamankengane in Nongoma, KwaZulu-Natal, where preparations for her burial will take place on Thursday,” said Buthelezi.

“In line with her wishes, as was done for His Majesty the King, Her Majesty will be interred at the crack of dawn in a private burial. As confirmed by her children, Her Majesty wished to be buried at her Royal Palace. Having discussed this with the Queen Mother, Queen Mayvis maZungu (wife of the late King Bhekuzulu, the father of late King Goodwill Zwelithini), it has been agreed that everything must be done in accordance with the late Regent’s wishes.”

The next Zulu king is expected to be 47-year-old Prince Misuzulu, the son of Dlamini-Zulu and King Goodwill Zwelithini.