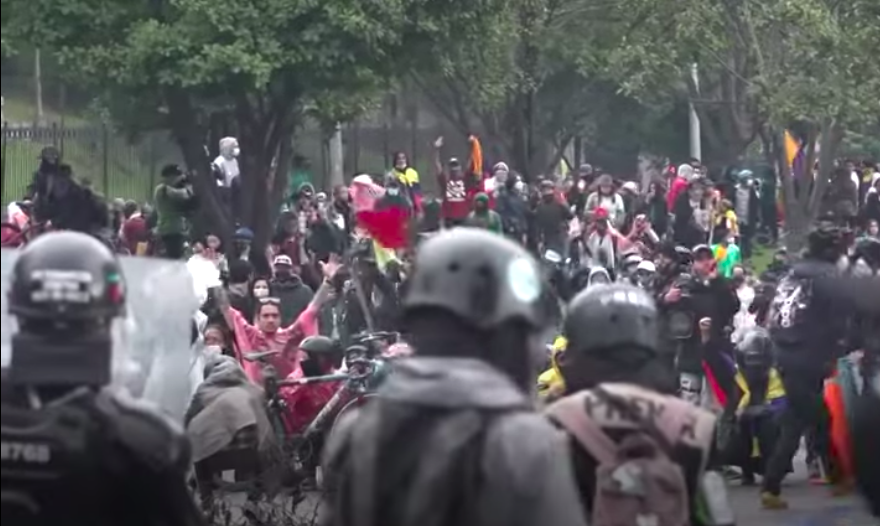 The president of Colombia has announced plans to withdraw proposed tax reforms after a slew of protests erupted around the country.

“I am asking Congress to withdraw the law proposed by the finance ministry and urgently process a new law that is the fruit of consensus, in order to avoid financial uncertainty,” Colombian President Ivan Duque said in a video.

Under Duque’s Duque proposed tax bill, the government would increase taxes on individuals and businesses and eliminate many exemptions. Anyone in Colombia who earned a monthly income of $656 or more would be taxed under the proposed reform.

“It is the youth, social organizations and mobilized citizens who have seen deaths and defeated the government,” leftist Senator Ivan Cepeda tweeted. “May the government not present the same reform with make-up. The citizens won’t accept tricks.”

As thousands took to the street in celebration, the central bank warned that the country’s economy could greatly suffer without the reform. The tax bill was designed to boost revenue to defend Colombia’s investment-grade credit rating and tackle a surge in poverty during the pandemic by funding social programs.

Colombia’s gross domestic product (GDP) fell by 6.8% last year, the decline in 50 years. Due to the pandemic, unemployment has also spiked in the country.

On Monday, Colombia’s Finance Minister Alberto Carrasquilla, who spearheaded the plan, announced his intentions to resign from his role.

On Sunday, Duque said that tax reform was not necessary as political parties, local officials, business leaders and civil society groups have contributed other ways Colombia can boost its economy. “It is a moment for all of us to work together without malice,” he said.

Now Colombia waits with bated breathe for the government to come up with an alternative solution… the pressure is on.