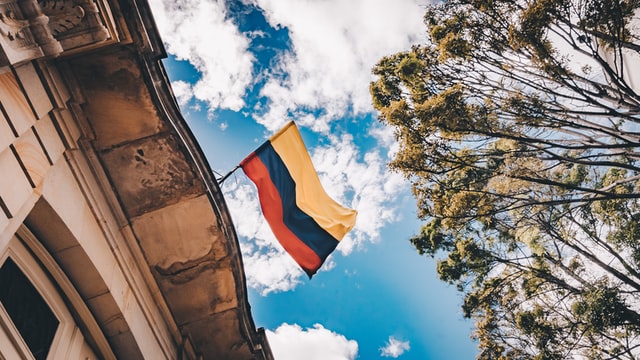 Thousands of protesters took to the streets around the country on Wednesday to rally against a controversial tax reform proposal.

President Ivan Duque proposed tax bill would increase taxes on individuals and businesses and eliminate many exemptions. Anyone in Colombia who earned a monthly income of $656 or more would be taxed under the proposed reform.

The government has also suggested adding items subject to value-added tax (VAT). The government says the increases are essential for Colombia to retain its investment-grade debt rating. It would raise 1.5% of GDP or about 15 trillion pesos. The reform would also make a wealth tax permanent and increase duties on dividends from 10% to 15%.

“We’re looking for consensus, we’re looking for ways everyone can do a little more to cover the gap, to have peace of mind that our country can pay its debt and that our vulnerable population isn’t going to suffer because we can’t pay for social programs,” Vice Finance Minister Juan Alberto Londono per Reuters.

“Maybe the amount will fall, which will reduce social programs in time and size … we could be thinking of a collection between 18 and 20 trillion pesos,” he said.

Colombia’s gross domestic product (GDP) fell by 6.8% last year, the decline in 50 years. Due to the pandemic, unemployment has also spiked in the country.

Indigenous protesters in the city of Cali toppled a statue of Sebastián de Belalcázar, which represented five centuries of genocide and slavery.

Forty people were arrested during the protest for alleged vandalism. Demonstrators clashed with riot police, who say that 42 police officers were injured. Union leaders called for marches to continue on Thursday.

“We are asking President Duque to withdraw the tax reform,” Francisco Maltes, president of the Central Union of Workers (CUT), said during a press conference.