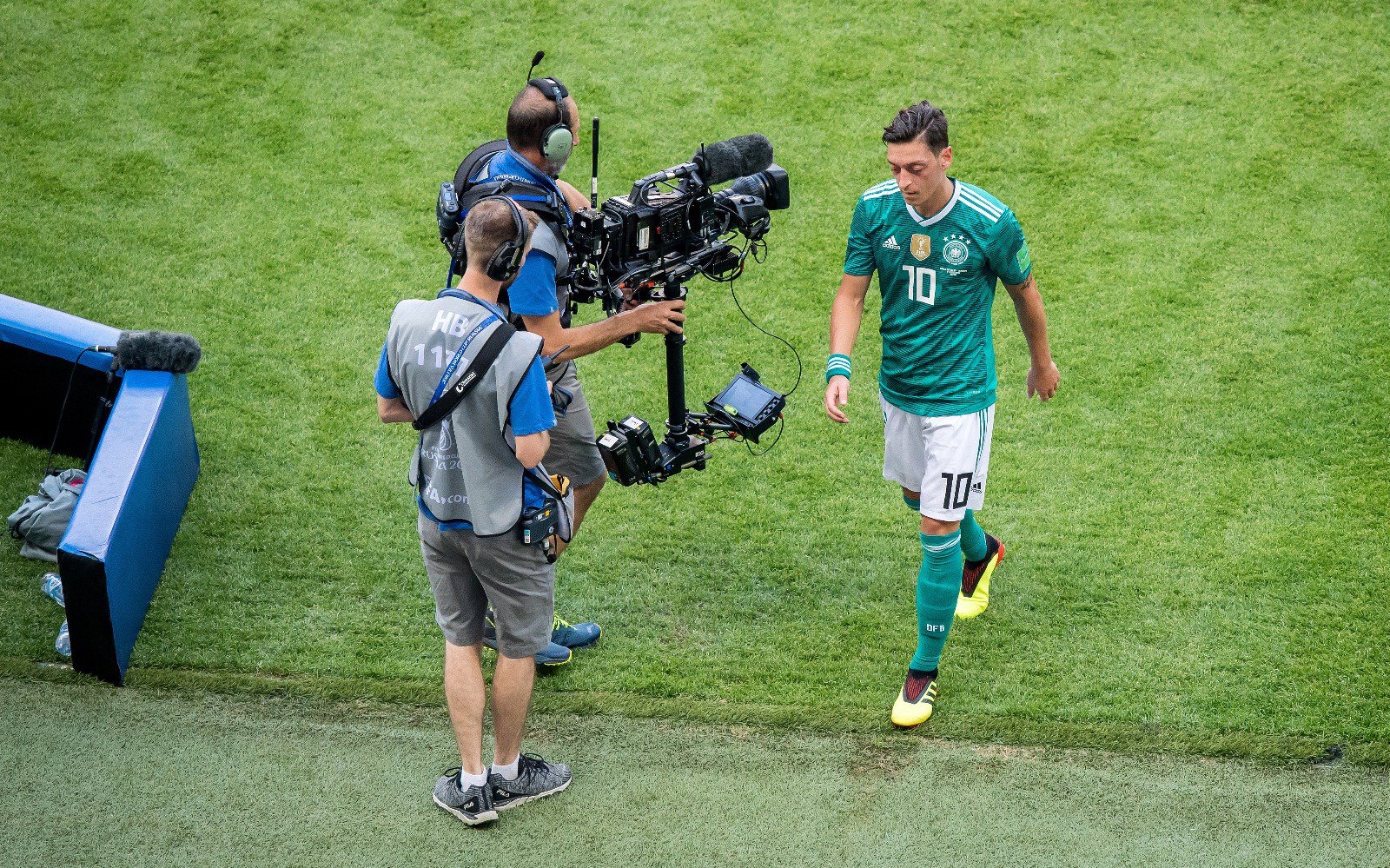 German soccer star Mesut Ozil announced this week he is quitting the men’s national team over what he considers racist backlash to a picture he took with Turkish President Tayyip Erdogan in May.

Ozil, who is of Turkish descent, was blasted by German media and politicians who questioned his loyalty to the country. Many complained Erdogan, controversial figure who’s been labeled a dictator by some, does not represent German values. The Arsenal forward says the meeting was out of respect for his heritage and not intended as a political statement.

“I will no longer be playing for Germany at the international level whilst I have this feeling of racism and disrespect,” said Ozil in a statement posted on Twitter.

The 29-year-old took shots at the media for “repeatedly” blaming the photo and his dual heritage for Germany’s early exit in the World Cup. Ozil also points out that he was a called a “goat f****r” by one German politician and claims a German fan called him a “Turkish s**t.”

But Ozil saved his sharpest digs for German Football Federation President Reinhard Grindel, a former conservative politician. After the World Cup ended, Grindel criticized Ozil for not publicly explaining his decision to meet with Erdogan. Ozil claims Grindel’s comments came after the two men agreed to leave the Erdogan controversy in the past.

“I will no longer stand for being a scapegoat for his incompetence and inability to do his job properly,” said Ozil. He later added “people with discriminative backgrounds should not be allowed to work in the largest football federation in the world that has many players from dual-heritage families,” after citing past anti-immigrant and anti-Muslim statements from Grindel.

The German Football Federation said in a statement it “emphatically rejects” any claims of racism, and expressed regret that Ozil has faced racial hostility over the picture. Erdogan has also chimed in — saying the racist treatment Ozil has endured is “unacceptable.”

Tensions between Germany and Turkey have been high over the past few years. Germany is an outspoken critic of Erdogan’s increasingly aggressive stance on political dissent since a failed military coup in 2016. Germany only recently lifted economic sanctions against Turkey this week after the city of Ankara ended a two-year state of emergency.

The impact of Ozil’s exit could go well beyond the dark cloud that now hangs over German Soccer. Despite this year’s disappointing World Cup showing, Ozil has been a star for Germany over the last nine years — earning five German Player of the year awards. He has 92 appearances with the national team and was a star on Germany’s 2014 World Cup championship team. Some have expressed sympathy for Ozil’s sentiments and called for Grindel to step down. Thousands of fans also showed support by tweeting the hashtag #IStandWithOzil.

But not everyone is backing Ozil. The President of Bayern Munich, Germany’s most prestigious soccer club, said he was happy Ozil left the national team because “he’s been playing like crap for years.” Uli Hoeness also told reporters “the last tackle he won was before the 2014 World Cup. And now he is hiding himself and his poor performances behind this photo.”

Soccer can be unpredictable at times. After retiring from Argentina in 2016, Messi returned to the team just months later. Ozil is obviously frustrated and emotions are running high after a disappointing World Cup. Only time will tell if Ozil will reverse his decision and return to the national team once Grindel and the rest of management are eventually shown the door.

In a year where France is celebrating a team of immigrants that just captured soccer’s most coveted prize, you can’t help but wonder if any lasting damage from the Ozil situation will hurt Germany’s recruitment of dual-citizen players in the future.