Can Toni Harris Play in the NFL? 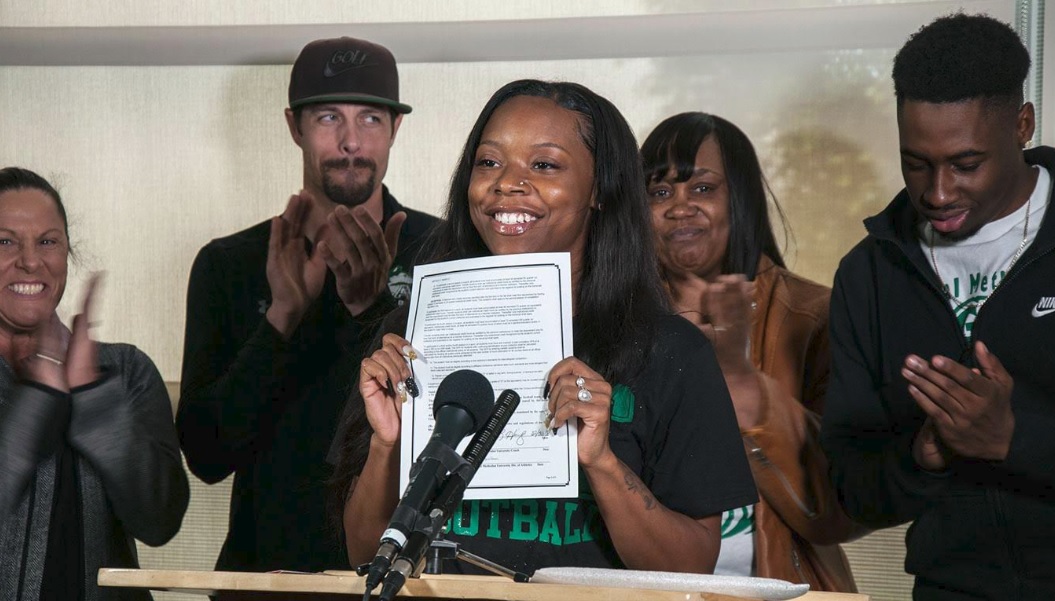 Rob DiRe
Rob DiRe is the development director for a nonprofit organization in Brooklyn. He has spent time as a staff writer for Pro Football Focus and Fan Rag Sports.

Antoinette Harris, Toni to those who know her, received a full football scholarship to play safety Central Methodist University, a small NAIA (National Association for Intercollegiate Athletics) school in Fayette, Missouri. While it is a small school from the relatively overlooked Heart of America Conference, they are a Division I program, making Harris the first woman to earn a scholarship in college football at a position aside from kicker or punter*.

At 5-foot-6 (listed as 5-7) and 160 pounds by most accounts Harris is undersized for college football. But Harris echoes the mantra of Heisman Trophy winner and presumptive first pick in the 2019 NFL Draft Kyler Murray who says, “I’ve always played at this height.”

But Harris, who dreams of being the first female player in the NFL someday, will have a lot more than height to overcome to get to the NFL.

As a free safety at Redford Union High School in the Redford Charter Township in Michigan, Harris had to fight to be allowed to play with the boys. Challenging the rules time and time again eventually paid off, as she was a starter at safety the same weekend she won homecoming queen.

Football was always a dream, but was put on the back burner when Harris was diagnosed with ovarian cancer at the age of 18. During treatment she lost a lot of weight and was weakened both physically and mentally. But she fought back not only to overcome the adversity, but also return to the football field to continue her journey. She decided to try to earn a scholarship as a walk-on at a larger program. Harris enrolled at East Los Angeles College, a JUCO where she would have two years to show she could play college football with the boys and earn a scholarship at a four-year university.

She played mostly special teams and was a only a contributor on the defensive side of the ball, she did earn scholarship offers to Central Methodist as well as Bethany College in Kansas, also an NAIA school. Her story has been an inspiration to many, from the many obstacles she has had to traverse to the daunting road she still has ahead of her. There has been some criticism, like that of sports commentator Jason Whitlock who called her scholarship as a “publicity stunt,” and who doubts her dream to play in the NFL as legitimate.

*Becca Longo signed with a DII school as a kicker last spring, Adams State in Colorado (to play both football and basketball)

The Basketball Africa League (BAL) has postponed the start of its inaugural season due to mounting concerns about coronavirus. "Following the recommendation of the Senegalese...
Read more
- Advertisement -