Can Jameis Winston Become Saintly in His Second Act in New Orleans? 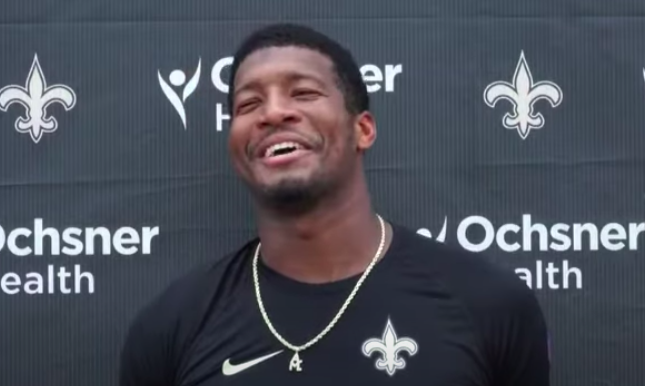 The year was 2019 and Jameis Winston was slinging the ball around the field for the Tampa Bay Buccaneers.

The only problem was that he was throwing it to the other time way too much.

That season Jameis threw for 5,109 yards and 33 TDs. Yet he had Bucs fans and fantasy football owners tearing their hair out over his 30 INTs.

But this is the frustration Winston had given fans since entering the NFL in 2015.

He made the Pro Bowl in his rookie season but only led Tampa to one winning season (2016) in his five years with the team.

His stat line was good but never great.

After 2019, Jameis headed west to New Orleans and basically took classes at Drew Brees University for a year with the Saints. He appeared in four games and threw the ball 11 times for 75 yards.

Jameis’ career has been rife with promise but soiled in frustration and underachievement.

But now he’s the starting quarterback for New Orleans and has the opportunity for a second chance at living up to his potential as a college football champion, Heisman trophy winner, and number one draft pick.