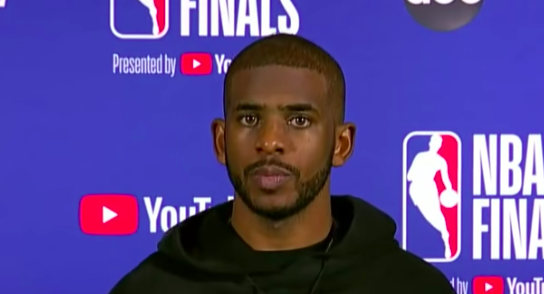 Chris Paul has advocated for HBCU schools and universities over the last few seasons. He’s worn HBCU apparel and added HBCU messaging to his sneakers.

Yesterday he announced another building block to his foundation of HBCU support.

The Phoenix Suns guard will host the inaugural Boost Mobile HBCU Challenge on Nov. 28-29 at Footprint Center in Phoenix, AZ.

“I’m so excited for the chance to give these players the opportunity to experience something not usually available to HBCU student-athletes and compete on a national stage,” said Paul in a news release.

The doubleheader features Norfolk State, Morgan State, Hampton, and Grambling State and it will be broadcast by ESPN networks.

This is another major opportunity for HBCUs to showcase their programs to a national audience, something they lacked over the last few years.

“My time in college is something I’ll never forget, and I hope these events give these players something they’ll remember for the rest of their lives,” said Paul. “I sincerely appreciate the collaboration of the Basketball Hall of Fame and the Phoenix Suns to bring this to life, and I can’t thank the team over at Boost Mobile enough for their support of this event.”

The event will be operated by the Naismith Basketball Hall of Fame, which positions it as part of the Hall of Fame’s “series of collegiate events with the mission to continue to grow, celebrate, and promote the game at all levels.”