Cops Point Guns at Ving Rhames in His Home 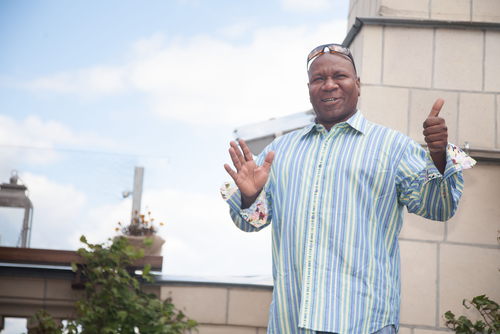 Over the past few weeks, there have been several racially-motivated incidents, from the stabbing of Nia Wilson on the Bart in San Francisco to the bodycam video release showing Chicago police shot Maurice Granton Jr. in the back to the cops being called on Vicktor Stephenson for opening a lemonade stand.

When Ving Rhames came on the The Clay Cane Show on SiriusXM’s Urban View to discuss his latest film, the host could not let him leave without asking the question. The response went viral as Rhames revealed a recent incident where police showed up to his home, guns drawn, following the call from a neighbor claiming she saw a black man breaking in.

Rhames came on the show to promote Mission Impossible: Fallout, which came out this week, but Cane thought it was important to take this detour. (You can listen to the entire interview here, where Rhames also talks about street codes and learning other people’s cultures).

“I know that the profiling and policing of Black people doesn’t stop just because you are famous, rich or a Golden Globe winner,” said Cane, whose show is live Monday-Friday at noon ET on SiriusXM’s channel 126. “Therefore, I was curious as to how racism showed itself in (Rhames’s) life. I think it’s important to talk about how racism manifests in all aspects of blackness from the hood to Hollywood. That said, I couldn’t have predicted Mr. Rhames would tell such a graphic and recent story.”

Cane, whose SXM show covers everything from politics to pop culture, has written about race and has seen racism play out personally through two lenses (his mom is white and his dad is black). Cane has also seen many celebrities shy away from discussing race. He applauds Rhames’s candor.

“I’ve interviewed many celebrities and I have had their management tell me, ‘No political questions!’ ” said Cane. “In reality, some of our celebrities are afraid to reveal that much. Some have even said racism is a thing of the past. Rhames was candid, real and raw—and posed the most important question: What if he wasn’t recognized?”

This Day in History: September 23rd