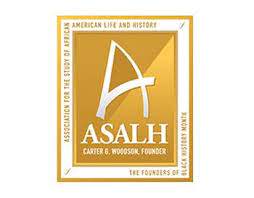 The “Father of Black History,” Carter G. Woodson, is known for disseminating information about black life, history, and culture to the global community. On September 9, 1915, Woodson, along with several other men, established the Association for the Study of Negro Life and History, now called the Association for the Study of African American Life and History (ASALH).

Information about African-American have accomplishments often become hidden parts of American history. Woodson and his co-founders recognized this issue and understood how important it was for members of the African-American community to know the history of their people.

Although he was born to enslaved parents and started school late, Woodson managed to excel in high school and become a top student. While working for the US Government, he earned his bachelor’s and master’s degrees from the University of Chicago. Woodson then went on to become the second African-American to receive a doctorate from Harvard University in 1912. After completing his studies, he decided to devote his life to furthering our understanding of African-American history.

With the help of Alexander L. Jackson, William B. Hartgrove, George Cleveland Hall, and James E. Stamps, Woodson was able to create the ASALH in September of 1915 in Chicago, Illinois. The mission of the association was to promote, research, preserve, interpret, and disseminate information about African-American life, history and culture to the rest of the world.

Under Woodson’s leadership, the association was able to establish research and publication platforms for African-American scholars. The ASALH created the Journal of Negro History and the Negro History Bulletin, which gained mass appeal. The journal was directed toward scholars while the bulletin was directed towards the everyday individual. Woodson viewed historical objectivity as a way to create interracial harmony. The association grew steadily under Woodson’s direction.

When Woodson died at the ASALH headquarters in 1950, the association persevered to do the work of their leader. What began as Negro History Week was able to expand into the month-long celebration now known as Black History Month. The ASALH continues to view the promotion of Black History Month as a key role in advancing the Woodson legacy.