Did You Know Canada’s First Black Doctor Was Born on This Day? 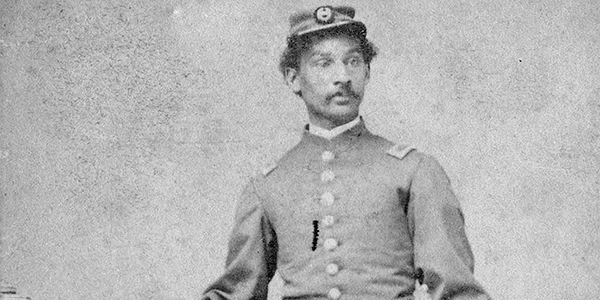 This Day In History: April 7th

The Abbott’s were free people who left Alabama and relocated to Canada in the 1830s. After settling in Toronto, Abbott’s father began to successfully acquire land and buildings, and he also took an interest in politics. Due to his family’s success, Abbott was able to receive a quality education. He was an excellent student who received honors and he even decided to attend Oberlin College in Ohio.

Abbott returned to Toronto and studied under Alexander Thomas Augusta, a black doctor. Abbott made his training official when he received a license to practice medicine from Canada’s medical board. He made history in 1861 and became the first Canadian-born Black doctor.

With his certification, Abbott applied to be a “medical cadet” in a colored regiment during the time of the Civil War. His application was accepted and he began serving in Washington, D.C. Abbott worked at a variety of hospitals in the area before being placed in charge of a hospital in Arlington, Virginia. His reputation expanded, making him a noted physician and he was even among the select group of individuals to watch over President Abraham Lincoln following the assassination.

By the end of the Civil War, Abbott decided to resign from the Union Army and return to Canada where he established a medical practice. Abbott found himself with ties to the United States again when he served as president of the Wilberforce Educational Institute (now Wilberforce University) from 1873 to 1880. He also spent time contributing to the Chatham Planet, the Colored American Magazine of Boston and New York, the Anglo-American Magazine of London, New York Age, and he also served as the associate editor of the Messenger.

In 1894, Abbott was appointed surgeon-in-chief at Provident Hospital in Chicago, which was a training hospital for Black nurses. He accepted the role of medical superintendent of the hospital for one year before resigning in 1897 and returning to Toronto to continue his private practice. He continued to spend his later years writing for various publications on topics such as medicine and Black history. Abbott died on December 29, 1913, in Toronto.