This Day in History: May 2nd 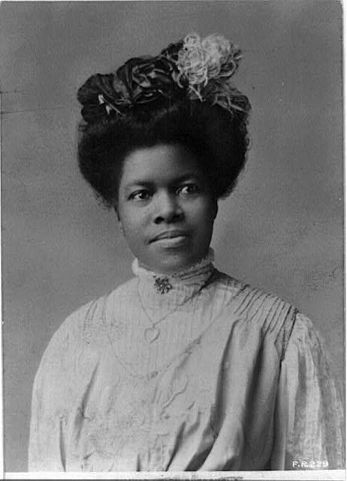 Influential educator and social activist, Nannie Helen Burroughs, was born on May 2, 1879, in Orange, Virginia. Burroughs dedicated her entire life to women, her school and the African-American community.

Although she was born in Virginia, Burroughs spent her early years in Washington, D.C. Her father, John Burroughs, was a farmer and he served as a Baptist preacher in their Virginia community. However, at the age of 4, her mother took her to live in D.C., where she graduated from the Colored High School in 1896. While in school, Burroughs focused on business and domestic science.

Because she was Black, she was unable to secure a job as a teacher within the D.C. school system or the federal government. Instead of giving up, Burroughs relocated to Philadelphia where she worked as a secretary and bookkeeper for the National Baptist Convention’s (NBC) newspaper, the Christian Banner, and with the Foreign Mission Board of the convention. She relocated with the organization when it moved to Louisville, Kentucky in 1900.

Much of the money was raised by black women with some help from a white women’s Baptist mission society. After attending the school, women were expected to be independent, financially self-sufficient, strong and proud of their heritage.

Nannie Helen Burroughs gave her life to the advancement of women and the African-American community. She wrote the Twelve Things The Negro Must Do, which highlighted essential actions needed for the betterment of African-Americans.

Burroughs died in D.C., in May 1961. Her school, which she served as president until her death, was renamed the Nannie Helen Burroughs School in her honor and it is now a national landmark.