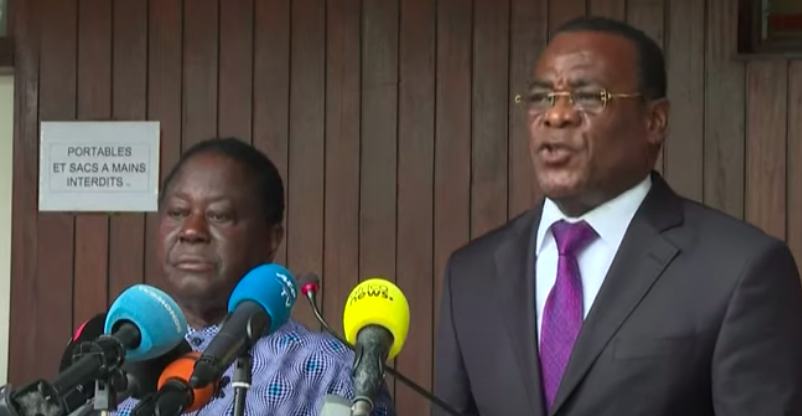 Two of the Ivory Coast’s most prominent opposition candidates are calling for their supporters to boycott the upcoming presidential vote on October 31.

“The electoral process under way does not concern us… we ask our supporters for an active boycott through all legal means,”

“We have decided to solemnly bring to the knowledge of all our voters, all our activists, and the people of Côte d’Ivoire, to the knowledge of national and international opinion, that the ongoing electoral process does not concern us in any way, that we are not at all concerned by this ongoing electoral process,” former prime minister Pascal Affi N’Guessan told reporters alongside fellow opposition candidate, former president Henri Konan Bedie.

“This electoral process is illegal, because it does not meet any international criteria, and that our activists – just like the Ivorian voters – should abstain from participating.”

In August, President Alassane Ouattara sparked outrage when he announced he had decided to run for a third term in October’s presidential election.

The ruling RHDP party formally asked Ouattara to run again, after his preferred successor, Prime Minister Amadou Gon Coulibaly, died in June. Ouattara asked the party for some time to consider, informing party members that he would announce his decision in a public address on August 6.

“I have decided to respond favourably to the call of my fellow citizens,” Ouattara said in a televised speech accepting the nomination. “Given my previous promise, this decision represents a real sacrifice for me.”

Honoring the ‘Harlem Hellfighters,’ the All-Black Regiment That Fought In WWI