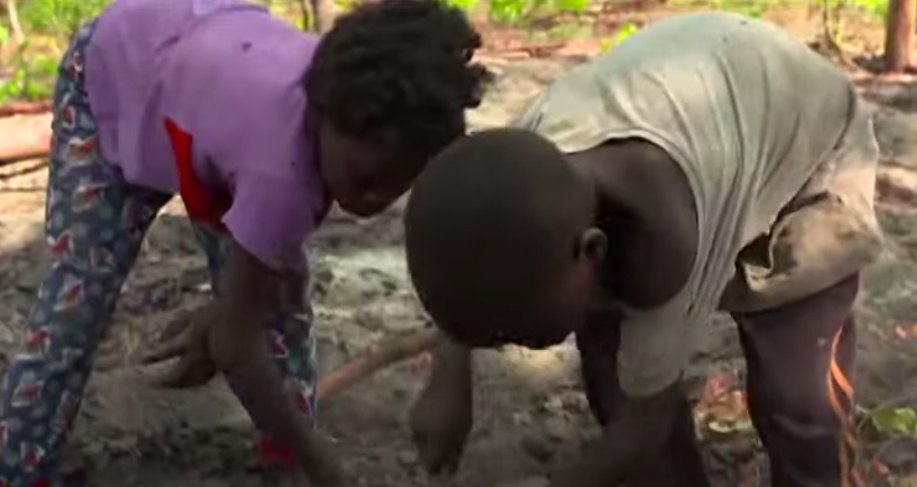 More people are interested in plant-based eating than ever before. With movies like Game Changers (https://gamechangersmovie.com/) and What the Health (https://www.whatthehealthfilm.com/) leading...
Read more
News & Views

This Day in History: January 21st

Innovator and barrier breaker, Raye Montague, was born on January 21, 1935, in Little Rock, Arkansas. Montague was a pioneer ship designer for the...
Read more
News & Views

Donald Trump has Left the Building

President Donald Trump has left The White House for the last time as President-elect Joe Biden prepares to be sworn in as...
Read more

The Supreme Court heard arguments Tuesday against Nestlé USA and Cargill, who have sued in connection with child labor allegations.

Six African men have filed a lawsuit against both corporations. They claim that as children, they were trafficked from Mali to labor on Ivory Coast cocoa farms.

The men claimed they worked extremely long hours and that they were kept at night in locked shacks.

These “are former child slaves seeking compensation from two U.S. corporations which maintain a system of child slavery and forced labor in their Ivory Coast supply chain as a matter of corporate policy to gain a competitive advantage in the U.S. market,” the plaintiff’s attorney, Paul L. Hoffman, told the court, per The Washington Post.

According to the Food Empowerment Project, cocoa is a commodity crop grown primarily for export; 60 percent of the Ivory Coast’s export revenue comes from its cocoa. Cocoa farmers earn less than $2 per day, an income well below the poverty line. Many children in Western Africa begin working at a young age to help support their families.

While some children are lured to the farm with promises of good pay to help take care of their families, some are sold to the farmers by their relatives.

Of course, both Nestlé USA and Cargill deny the allegations.

Nestlé USA “firmly believes that traffickers deserve punishment,” the company wrote in response to the filing. “This case is not about any of that.”

They are requesting that the Supreme Court toss the lawsuit. They said it is the traffickers and the farmers who should face legal action.

“This case is about a 15-year-old lawsuit brought against the wrong defendant, in the wrong place, and under the wrong statute,” according to the brief on behalf of Nestlé USA filed by Neal K. Katyal and other attorneys. “The true wrongdoers are the Malian and Ivorian traffickers, farmers, and overseers.”

The Supreme is yet to rule on the lawsuit.

In Tunisia, hundreds of protestors have been arrested as Tunisian police clashed with demonstrators in protest against the police and it's declining...
Read more
Diaspora

Ugandan leader Yoweri Museveni has been re-elected for a sixth term in an election marred by allegations of vote-rigging.
Read more
Diaspora

Ugandan leader Yoweri Museveni has been re-elected for a sixth term in an election marred by allegations of vote-rigging.
Read more
News & Views

Daniel Hale Williams, the first doctor to perform heart surgery, was born on Jan. 18, 1856 in Hollidaysburg, Pa. After his father died when he...
Read more
News & Views

This Day In History: January 15th Whether it is the famous speeches or even the national holiday, Martin...
Read more

Daniel Hale Williams, the first doctor to perform heart surgery, was born on Jan. 18, 1856 in Hollidaysburg, Pa. After his father died when he...
Read more
News & Views

This Day In History: January 17th Performer and actress Eartha Kitt captivated audiences with her versatility in film,...
Read more