How VR Technology Is Shaping the Modern World 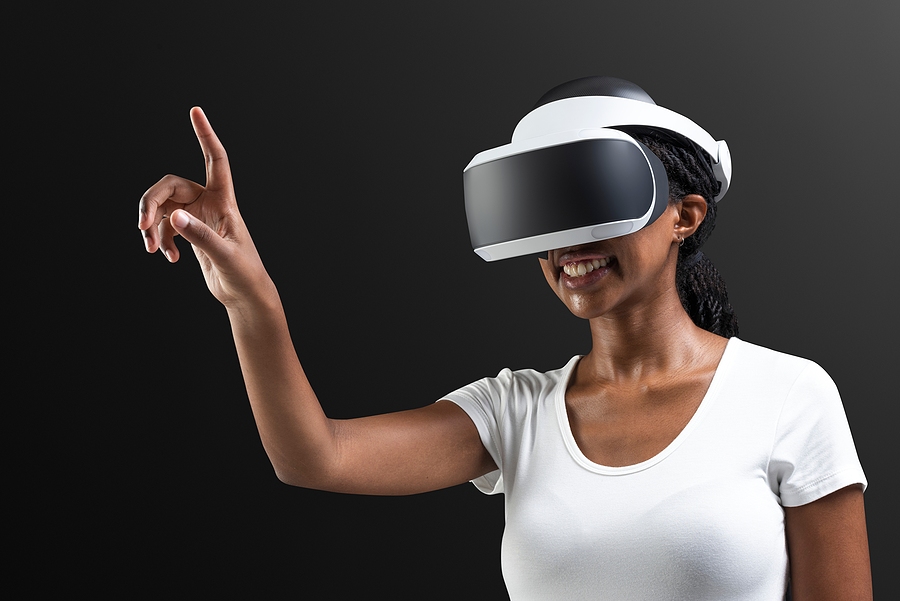 Veronika Lleshi
Veronika Lleshi is an aspiring journalist. Based in Hunter College, she currently writes for the school newspaper, Hunter News Now. In her free time, she enjoys reading, writing, and making music. As an Athena scholar, she enjoys getting involved in her community.

The sun glistens on the clear blue waters of Cancun, Mexico, as the palm trees sway in the back. Seagulls squawk in the background but are overtaken by the sound of the waves rolling in. In an instant, the scene changes, and New York Yankee’s pitcher, Gerrit Cole, stands opposite the field ready to pitch.

It sounds like something from a science fiction movie, but it’s not.

Virtual reality, or VR, creates artificial environments for users that mimic the real world. It’s mostly associated with gaming, but it’s taking on an increasingly prominent role in the tech world. VR culture is being used in a variety of ways from the workplace to virtual vacationing.

Health care workers, one of the biggest supporters of VR, have adopted the technology to discover and treat mental health issues. These issues include alcohol addiction, depression, eating disorders and Alzheimer’s disease. Patients are visually exposed to whatever triggers them using a headset. With the environment being easily controllable and stimulating, diagnoses and aid exposure therapy are not only cheaper but also safer.

In addition to this, health care workers are using VR to train. With headsets, experts can create real-world scenarios for them to practice. Surgeons, specifically, are using this technology to safely prepare by emulating surgeries using 3D images of body parts. They’re also able to analyze the operation and gather data as it’s being generated, making procedures safer and more effective.

VR as a training tool is widely used.

Retailers and the military use it to train workers and soldiers by creating virtual environments. More famously, athletes from the NFL to the MLB to the Premier League are using it to learn from any mistakes made. Using headsets, they’re able to simulate plays against opponents made to emulate their real-life counterparts.

A playback of the session then allows them to view any mistakes as real-time statistics filter in. All of this can be done without having to step on the field. With the lack of physical contact that comes with VR training, athletes’ risk of developing long-term injuries and dementia is greatly reduced.

This type of sports training is used not only by professionals but also by students. High school and college teams have also adopted it to create simulations for the players to train. Simultaneously, they use it to keep the students focused on their studies by engaging them, allowing them to develop their understanding and memorization skills.

In addition to being used for educational and professional reasons, VR can be used for recreational purposes. Using this tech, people can travel all over the world, visiting cities and tourist attractions. With the headset, anyone can be put in a simulated environment with city tours, sports games, hot air balloon rides or digital reconstructions of ancient cities.

The world’s first VR head-mounted display was first created in 1968 by a computer scientist, Ivan Sutherland, and his student, Bob Sproull.

While developments continued to be made, VR culture finally boomed in the mid-2010s when they became commercially available. VR’s popularity is expected to grow an annual growth rate of 18%, more than any other media segment.