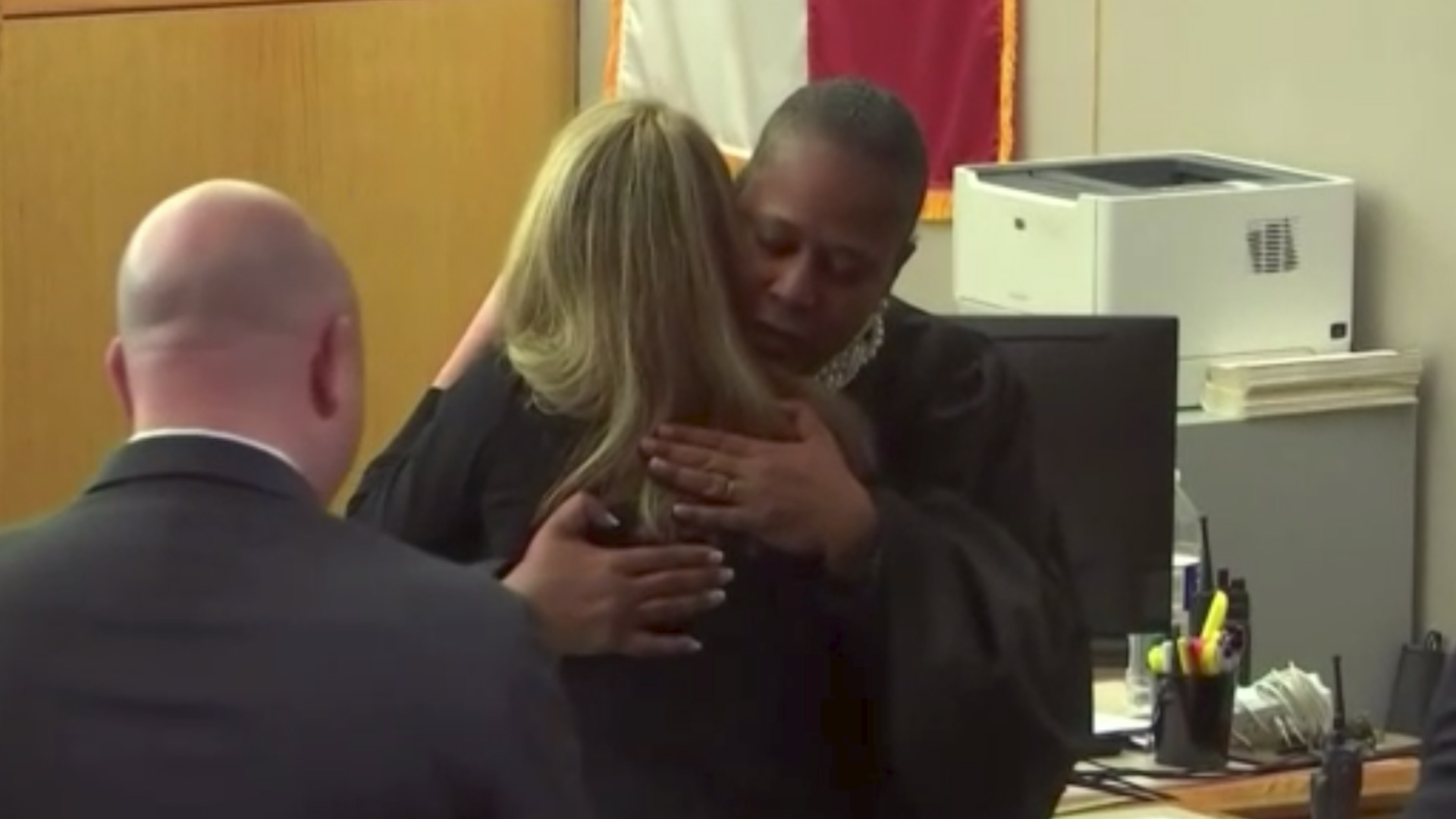 Demonstrators took to the streets last week to voice their outrage over the prison sentence handed to ex-Dallas police officer Amber Guyger.

A jury convicted Guyger for murdering her black neighbor Botham Jean, but only handed down a 10-year prison sentence. Guyger, who is white, could have faced up to 99 years in prison—forcing many to question the leniency in the penalty.

The judge’s decision to hug Guyger after the trial has also frustrated many who believe Guyger received preferential treatment that is rarely offered to her counterparts within the Global Majority. According to the NAACP, the black female prison rate is twice that of white women. Here are a few recent examples where black women were dealt with more swiftly in cases not nearly as cut-and-dry as Guyger’s murder conviction.

The Texas mother is in the middle of appealing a five-year prison sentence for voting illegally in the 2016 election. Mason says she cast a provisional ballot, not knowing she was ineligible to vote after recently completing a multiyear sentence for tax fraud. She was not told by her probation officer that filling out a ballot while on supervised release would put her in legal jeopardy.

A judge handed down the stiff penalty as part of the state’s crackdown on voter fraud. But Mason’s lawyers argue their client did not break the law because her vote was never actually counted. Many advocates have pointed to Mason’s case as an example of Republican efforts to suppress black votes.

Prosecutors say Brown was a teenage sex trafficking victim when she killed a man who picked her up in Tennessee. She shot the man in his sleep after believing he tried to reach for a gun during their encounter. But that didn’t stop a jury from convicting Brown of murder and aggravated robbery. She received a life sentence and would be ruled ineligible for parole until 2055.

Before the killing, a pimp raped the 16-year-old girl and forced her into prostitution, according to investigators. After spending 15 years behind bars, the state’s governor granted Brown clemency in January. She was released from prison in August.

Florida’s “stand your ground” law did not protect Alexander, who was convicted in 15 minutes after a judge rejected her defense claiming she fired a warning shot at her abusive husband in 2010 out of fear for her life. The controversial law played a vital role in a Florida police department’s initial handling of the investigation into George Zimmerman’s fatal shooting of Miami teenager Trayvon Martin in 2012.

Alexander was a licensed gun-owner, and the bullet never hit her estranged spouse, but she was still sentenced to a mandatory sentence of 20 years in prison for aggravated assault. An appeal in the case overturned the conviction, but not before Alexander spent three years behind bars.

The Jacksonville native has since used her platform to become an advocate for criminal justice reform and domestic violence awareness. In 2016, she launched the Marissa Alexander Justice Project. According to its website, the program aims to help abuse victims navigate obstacles within their family life and the criminal justice system.