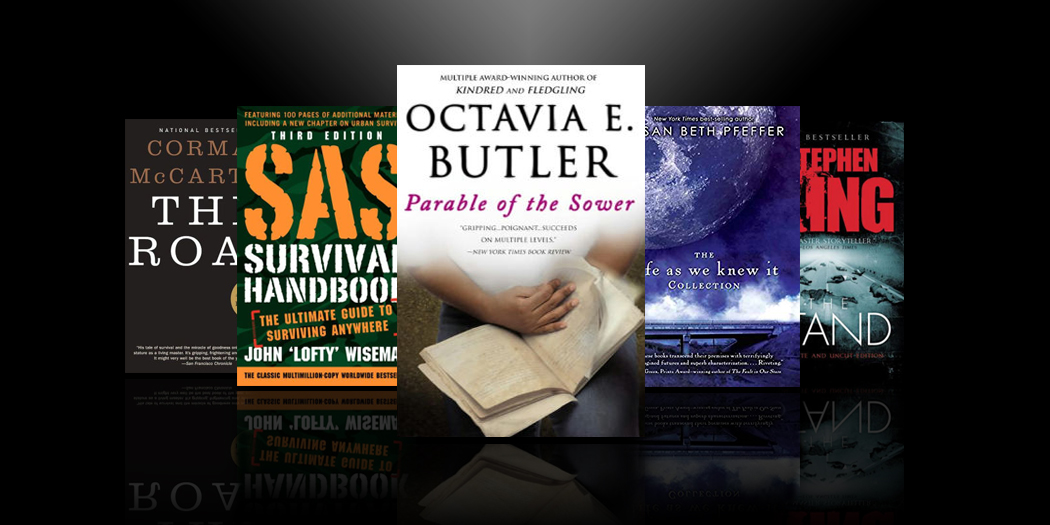 Published in 1993, Octavia Butler imagines a world in chaos and lawlessness in 2025. The cause: climate change that sets off a chain reaction of chaos and lack. More than this being a story of people surviving a world with limited food and other resources, this is a story of people surviving people. This is a look at what happens when human beings lose their most precious resource—humanity.

What Butler does in this, the first of a two-book series, is both prophetic and chilling. Parable of the Sower leads this Apocalyptic book list, which looks at the end of the world from many different views. There is the spiritual battle between good and evil played out in Stephen King’s The Stand. In Susan Pfeffer’s, Life As We Knew It, the moon is knocked off its course sending the world into chaos as seen through the eyes of a teenage girl. And there is an actual survival handbook on the list just in case of these fictional disasters actually happen.

Parable of the Sower by Octavia Butler

This book is a chilling look at the inhumanity people are capable of after disaster strikes. In this future world, climate change and corporate greed have made America a land of scarcity and fear. There is a dictatorial president who sets “moral” codes, that if broken have fatal consequences. This is the first of a two-book series published in 1993. It is so prophetic that you will be questioning whether Butler was clairvoyant.