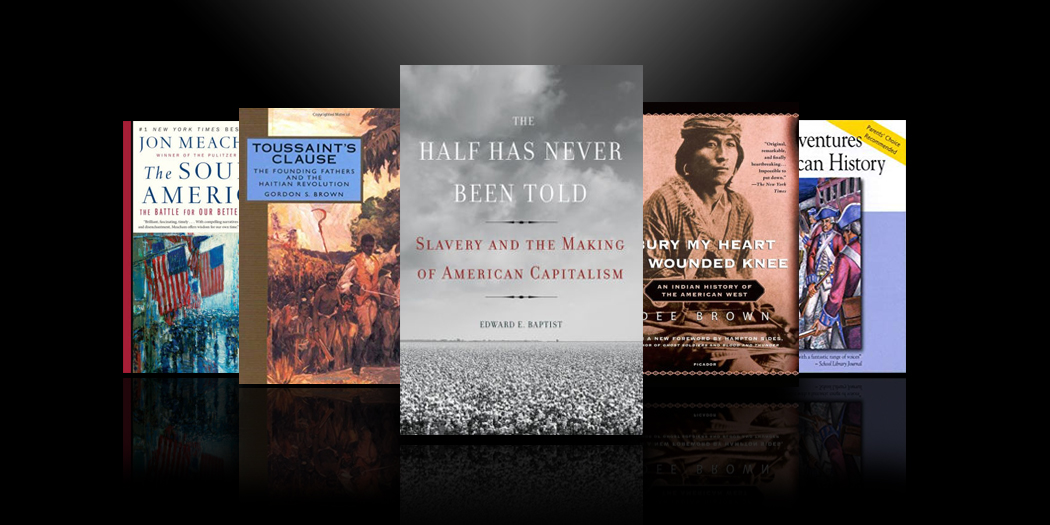 I don’t remember what spurred me to pick up The Half Has Never Been Told, but once I did I could not put it down. I went through about 100 tabs, marking passages. It seemed as if every page had a note or a nugget that I didn’t want to forget, that I needed to reference again. What Dr. Edward E. Baptist did for me was awaken a desire to know more. This history is important—not just for people from The Global Majority. This history sets the record straight about the actual founding of America.

Africans were not inferior, but rather durable and plentiful. The system of slavery, in order to thrive, rested on terror and brutality of those black bodies. And the whole thing was about money and the economy that made America great—not race. Race and racism became the tool, or rather the weapon, to keep the system (the lie) going.

The Half Has Never Been Told is a must-read for anyone who cares about truth and justice. And anyone who thinks they know about THE AMERICAN WAY will be in for a rude awakening.

Also on the list is the powerful and timely The Soul of America by historian Jon Meacham. Meacham takes us through the pivotal moments in American history when this nation was on the brink of being torn apart and he asks if America can survive this current Trump-fueled period in our history. Can we find our better angels? Rounding out the list is a book about the original Americans—the so-called Indians—in Bury My Heart at Wounded Knee. There is a book that takes a look at the impact of the Haitian Revolution of the liberty of America and a history book series for kids.

The Half Has Never Been Told by Edward E. Baptist

The “forced migration” of Africans from the continent to the New World is scientifically and methodical chronicled by Baptist. The smells, the sounds, the weight of the chains, the shuffling of the feet, the black bodies. Those men and women, boys and girls made it possible for America to thrive. The story is told through their body parts and what each contributed to building the United States into a world superpower. This is one of the most complete histories of the founding of America.

I recently was asked on my radio show for book suggestions for young people. I like to start any book list with novels because...
Read more
This Day

This Day in History: June 22nd

Published in 1993, Octavia Butler imagines a world in chaos and lawlessness in 2025. The cause: climate change that sets off a chain reaction...
Read more