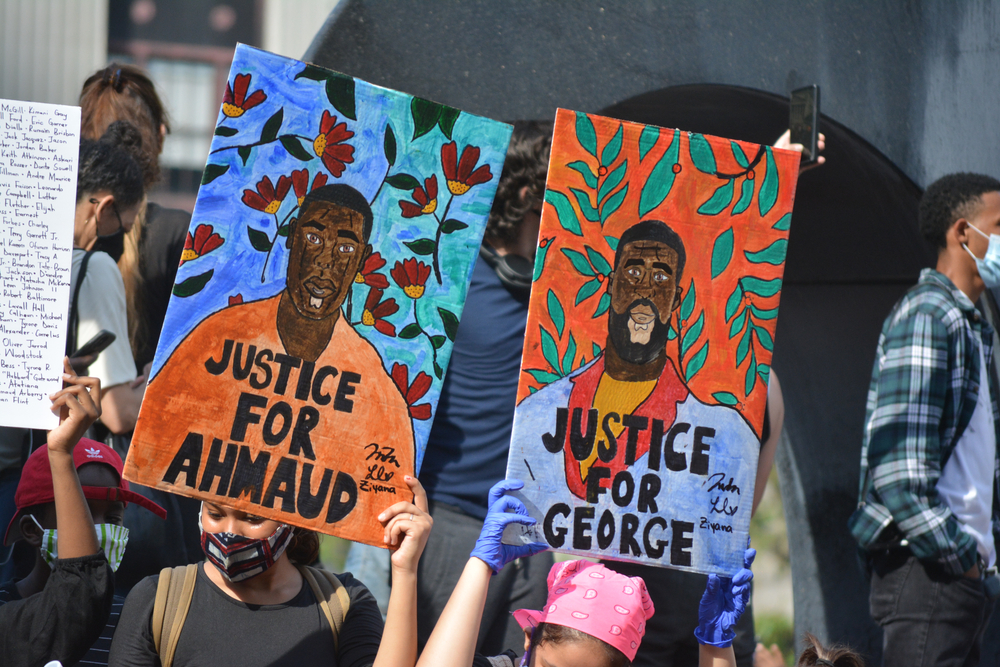 A grand jury has charged three men with federal hate crimes and attempted kidnapping in the death of Ahmaud Arbery.

The indictments come more than a year after Arbery’s killing.

Travis McMichael and his father, Gregory, and William “Roddie” Bryan, were all charged with one count of interference with civil rights and attempted kidnapping. The McMichaels are also charged with using, carrying and brandishing a firearm during a crime of violence.

“As Arbery was running on a public street in the Satilla Shores neighborhood of Brunswick, Georgia, Travis and Gregory McMichael armed themselves with firearms, got into a truck, and chased Arbery through the public streets of the neighborhood while yelling at him, using their truck to cut off his route, and threatening him with firearms,” read a statement issued by the Justice Department.

All three defendants have also been charged in a separate state proceeding with malice murder, felony murder, aggravated assault, false imprisonment, and criminal attempt to commit a felony.

A video of the unprovoked attack was posted online that May, sparking protests online. Although the incident took place in February, no arrests were made until the outrage over social media poured out into the streets and people began to rally for justice.

Wanda Cooper-Jones, Arbery’s mother, filed a federal civil rights lawsuit alleging a widespread conspiracy by law enforcement and the three suspects in a blatant cover-up their crimes and evade arrest.

Cooper-Jones alleges that “for nearly three months, Glynn County Police Officers, the chief of police, and two prosecutors conspired to hide the circumstances surrounding Ahmaud’s death and to protect the men that murdered him. And none of this would’ve been discovered but for video footage leaked to the media, which showed the horrific and brutal murder of Ahmaud.”

No trial date has been set for the state case.