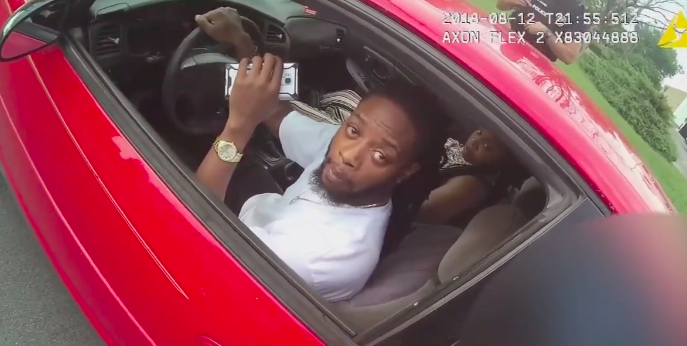 A Black Louisville couple has received a settlement after they were forcibly police removed them from their car and frisked — simply for driving a nice vehicle.

However, according to the settlement terms, Anthony Parker Sr. and Demetria Firman can only hold onto the $75,000 payout on behalf of the city if they agreed “not to make or direct anyone to make any statements, written or verbal with the intention to defame, disparage or in any way criticize the personal or business reputation, practices or conduct of Metro Government” and or former Chief Steve Conrad or officers Doerr, Hibbs or former officer Crawford “as it pertains to the underlying facts of this action.”

“The city is paying to silence its critics,” Michael Abate, a lawyer for The Courier-Journal and the Kentucky Press Association says. “It is paying them off. And it seems designed to impede reform. It is bad policy and really troubling.”

In 2018, Parker Sr. and Firman were pulled over for failing to use a turn signal. Body camera footage later showed that the vehicle’s turn signal was on. Their nine-year-old son was also in the vehicle. The family was on their way home from church. The following year, the couple filed a lawsuit where they wrote that the incident was a “desperate attempt by the officers to find guns and drugs.”

No contraband was found in the vehicle or on their person.

The couple stated that said when Firman asked what they had done wrong, Officer Josh Doerr answered: “This is how we conduct all our stops. We’re a different kind of unit that works a little different than traditional.”

Doerr was suspended one day for violating pat-down procedures. None of the officers received any further sanctions.