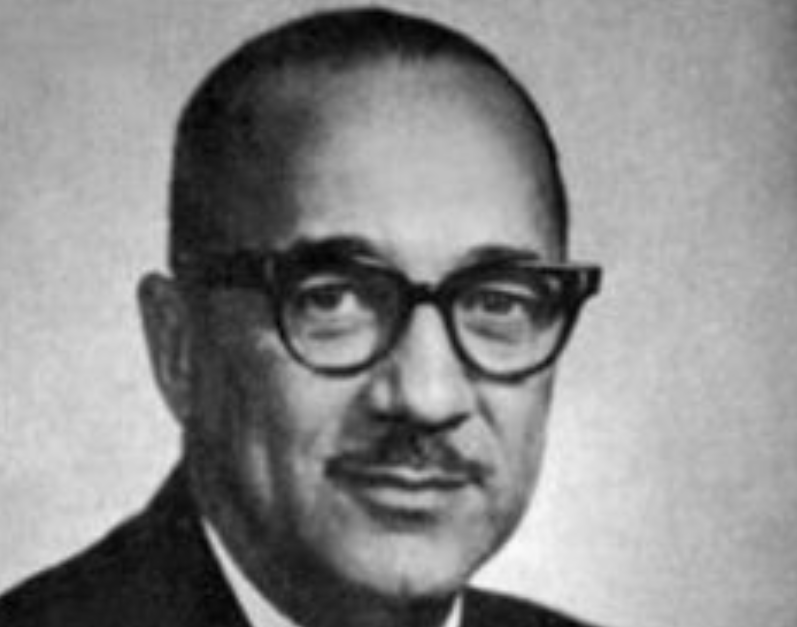 Attorney, politician and federal judge William H. Hastie served the U.S. Judicial System for more than 20 years. Hastie made history on October 15, 1949, when he was nominated by former President Harry S. Truman to the U.S. Court of Appeals for the Third Circuit.

Hastie served as Chief Judge of the Court from 1968 to 1971. Prior to being a judge, he worked in several fields including law, teaching, and political advising.

Hastie was born on November 17, 1904, in Knoxville, Tennessee to parents William Henry Hastie Sr. and Roberta Childs. He spent his youth in Tennessee until his family moved to Washington, D.C. After graduating high school he went on to receive his undergraduate degree from Amherst College in Massachusetts. Post-graduation, he took a position with New Jersey’s Bordentown Manual Training School, where he taught until 1927. Three years later, he continued his education by enrolling at Harvard University.

He worked with the Harvard Law Review and graduated in 1932. After being admitted to the District of Columbia Bar, Hastie entered into private practice and would later accept a position as the Dean of Howard University Law School. Hastie soon made history in 1933 when he was appointed as the President’s race relations advisor and became one of the first African American members of the Franklin Roosevelt Administration.

Working with the FDR Administration proved to be beneficial, as it offered Hastie the opportunity to serve as the first African-American governor of the Virgin Islands. He was even able to play a role in writing the American territory’s constitution.

Hastie’s experience got him the nomination for the Third United States Circuit Court of Appeals on October 15, 1949. At the time, it was the highest judicial position held by an African American. While on the courts, Hastie reviewed a variety of cases including major segregation and discrimination suits such as Brown v. Board of Education.

William H. Hastie dedicated the remainder of his life to the American Judicial System and made decisions that would go on to positively impact the African American community. Hastie died on April 14, 1976.