This Day in History, August 3rd 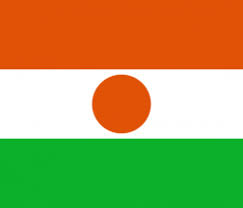 The Republic of Niger, one of the largest inland countries in West Africa, gained its independence on August 3, 1960 from France. Before France colonized the region in the late 19th century, the area often had conflicts between various kingdoms and tribes. The Medieval Ghanaian Empire, the Mali Empire, and the Songhai Empire all claimed parts of the region at different times. In 1958, Niger became an autonomous state within the French Empire before gaining full independence in 1960.

In the late 1890s, the French began to colonize Niger. In 1902, the French built a military fort in Niamey, a small fishing village at the time. The French then moved their colonial capital from Zinder to Niamey in 1926 to facilitate trade along the Niger River with other French territories in West Africa.

After gaining independence, the leader and founder of the Niger Progressive Party, Hamani Diori, became the country’s first president and ruled the country for 14 years. It was the leading political party of the pre-independence era, and become the sole legal party of the First Republic (1960-1974). The party is an affiliate of the African Democratic Rally, a group influential throughout French West Africa. Hamani Diori entered politics full-time following World War II. He was also elected to the French National Assembly as a representative from Guinea and became a vice president in 1957 to 1958.

Following Niger’s independence, Diori ushered in a period of instability in the mid-1960s, that included Sawaba guerrilla infiltration and even an assassination attempt. His administration was unable to relieve a famine in Niger resulting from a drought in the Sahel. This lead to Diori being overthrown in a coup by the army chief of staff, Lieutenant Colonel Seyni Kountché. He was imprisoned by the new government from 1974 to 1980.

A transitional government was put in place but Niger has still witnessed much unrest since gaining its independence. In 2011, Mahamadou Issoufou, a Nigerien politician, became president of Niger and won re-election in 2016.