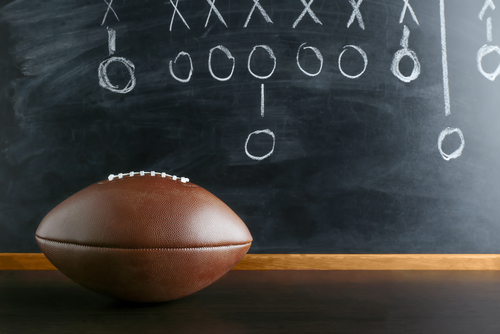 Rob DiRe
Rob DiRe is the development director for a nonprofit organization in Brooklyn. He has spent time as a staff writer for Pro Football Focus and Fan Rag Sports.

The Rooney Rule, which “requires every team with a head coaching vacancy to interview at least one or more diverse candidates,” was instituted in 2003. The rule was expanded to include general managers and equivalent executives in 2009.

In the 1920s, Fritz Pollard became the first black NFL head coach (Akron Pros). But after him there wasn’t a coach from The Global Majority hired until Tom Flores with the Raiders in 1979. A decade later, the Raiders also hired the first African-American head coach since Pollard when they brought in Art Shell to helm the team. Between Shell’s hiring and the rule’s adoption in 2003, only Dennis Green, Ray Rhodes, Tony Dungy and Herm Edwards coached  in the NFL.

The rule is named for Dan Rooney, who served as general manager, then president and eventually owner of the Pittsburgh Steelers, inheriting the team from his father Art Rooney. Dan was the chairman of the league’s diversity committee. He was a champion of this rule, which came as an immediate response to the firings of both Dungy and Green following the 2001 season.

After going 6-10 in his first year with the Buccaneers, Dungy took the team to the playoffs four out of the next five years without having another losing record. He was fired following a 9-7 year in which they made the playoffs. Green had an even longer track record of success, going 92-52 over 10 years, making the playoffs nine times and bringing the team to an 8-8 record the one year they missed it. In his 11th season in 2001, the team went 5-10.

Not only were black coaches not getting the opportunities to become head coaches, they were getting fired despite being successful. Marvin Lewis was expected to replace Dungy in Tampa Bay, but despite being the choice hire of general manager Rich McKay, executive vice presidents Joel and Ed Glazer rejected his hiring, saying they weren’t comfortable with him, as Chris Harry of the Orlando Sentinel wrote at the time.

Before Tony Dungy ultimately accepted the job that same offseason with the Indianapolis Colts, where he would average more than 12 wins a season over seven years and win a Super Bowl, Edwards of the Jets was the only minority head coach.

After the rule was passed the following year, Lewis became the head coach of the Bengals, where he stayed for 16 seasons before he and ownership mutually agreed to bring their partnership to its conclusion at the end of this season. Lovie Smith was hired by the Bears the year after, and Romeo Crennel by Browns the year after that.

While there was no minority coach hired among the seven openings in 2006, Mike Tomlin was hired by the Steelers in 2007. The Steelers had already satisfied the Rooney Rule names for their owner before meeting with Tomlin, as they had already interviewed Bears defensive coordinator Ron Rivera, who would eventually go on to coach the Panthers.

With only two minority coaches in 2002 before the Rooney Rule was in place, the 2018 season saw that number peak at eight coaches, making up a quarter of the jobs in the NFL. However, with firings of Todd Bowles (Jets), Vance Joseph (Broncos), Lewis (Bengals), Steve Wilks (Cardinals) and Hue Jackson (Browns), the NFL is in crisis again.

In an offensive-heavy era, teams are looking to hire head coaches with experience working with quarterbacks and calling plays. Black NFL head coaches disproportionately come from the defensive side of coaching staffs. Since 2003, of the 14 minority head coaches hired on a non-interim basis, only Jim Caldwell, Hue Jackson and Anthony Lynn have been offensive coaches.

In the NFL at the start of 2018, all 32 play callers, including mostly offensive coordinators and some head coaches who call plays such as Sean McVay, Sean Payton and Andy Reid, were white. Byron Leftwich became the only black play caller following the firing of offensive coordinator Mike McCoy, and he lost his job along with Wilks at the end of 2018.

Additionally, despite the rule’s expansion to include front offices, Chris Grier of the Miami Dolphins will be the only minority general manager in the NFL after Ozzie Newsome of the Ravens retires following the team’s final playoff run under his watch.

While the NFL made official changes to the application of the Rooney Rule this December to further suppress informal and non-serious interviews as means of compliance, the situation is dire in January of 2019. Of the 32 owners, 31 are white. Of the 32 decision makers, 31 will be white after Newsome. Of the 24 active head coaches in the NFL, 21 are white (Anthony Lynn of the Chargers, Mike Tomlin of the Steelers and Ron Rivera of the Panthers are the only left from The Global Majority).

Despite hiring the first and second coaches in modern-NFL history, the Raiders were investigated for failing to comply with the Rooney Rule before hiring Jon Gruden last offseason. One year later, in similarly murky fashion they complied with the letter of the law by meeting with Marc Ross and Trey Brown before announcing the hire of Mike Mayock from the NFL Network.

Of the eight openings, it remains to be seen how many will be filled with candidates from the Global Majority. While Hue Jackson, Eric Bieniemy and Jim Caldwell will represent African-American coaches on the offensive side of the ball and Kris Richard, Brian Flores and George Edwards will be among those taking interviews for teams still considering defensive-minded coaches.

Still, it seems unlikely there will be eight head coaches from The Global Majority at an offseason owner’s meeting again any time soon. With Tomlin and Rivera both on a bit of the hot seat after disappointing ends to their seasons in 2018, it could still get worse from here.