Swimming With Socks on #WhileBlack 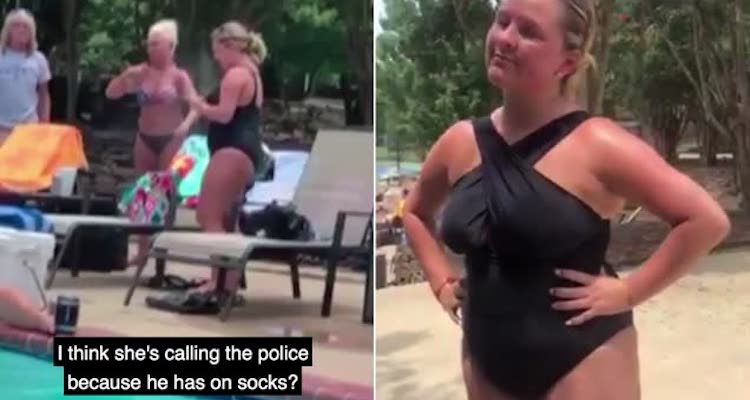 Camry Porter and her boyfriend went to her Riverset Apartments complex pool to enjoy the Fourth of July with her godsons. Her boyfriend, who apparently didn’t want his bare feet in the pool, wore white socks. They were approached by a woman who identified herself as one of the complex’s managers called the police.

“I think she’s calling the police because he has on socks,” Porter is heard saying in the Facebook video she shot. “She’s walking off making a phone call to whoever she needs to call. I haven’t said anything crazy to her, but I did tell her I was not going to leave.”

The woman, identified as Erica Walker, said Porter’s boyfriend was not wearing proper pool attire. On the prohibited list was hats and shirts, but there was no mention of socks. Walker also showed on her video several white men in the pool with hats on.

Porter believed that her boyfriend was singled out not because of the socks but because of his skin color.

The Trilogy Real Estate Group investigated the allegations and after reviewing the video issued the following statement:

“After assessing statements from Ms. Porter and determining that this former employee’s actions violate our company’s policies and beliefs, she is no longer employed by Riverset Apartments.”

This Day in History: September 23rd