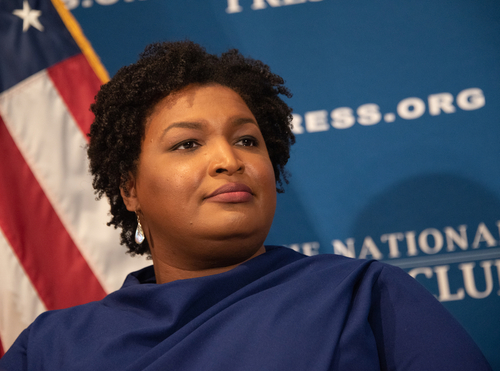 Stacey Abrams, the founder of Fair Fight, has been awarded the CBC Body Award for her work in fighting for voting rights.

According to Rolling Out, Abrams was acknowledged for her endeavors to mobilize the Black vote, helping Democratic candidate Joe Biden secure Georgia during the Presidential election.

“Receiving the Phoenix award is a signal that the work we’re doing on voting rights and the 2020 census has made a difference, but that difference would not have been made without the support of the members of the Congressional Black Caucus,” Abrams said during her speech.

Abrams was one of several Black women credited with flipping the longtime Republican state blue.

Abrams adds, “It is always my honor to stand in solidarity with the CBC, to work together, to fight together, and to defend our democracy together. Because ultimately our work is one in the same; ensuring that every American understands and fully enjoys the perquisites of citizenship.”

In February, the voting rights activist was nominated for this year’s Nobel Peace Prize for her work to promote nonviolent change via the ballot box.

“Abrams’ work follows in Dr. Martin Luther King Jr.’s footsteps in the fight for equality before the law and for civil rights,” said Lars Haltbrekken, a Socialist Party member of Norway’s parliament.