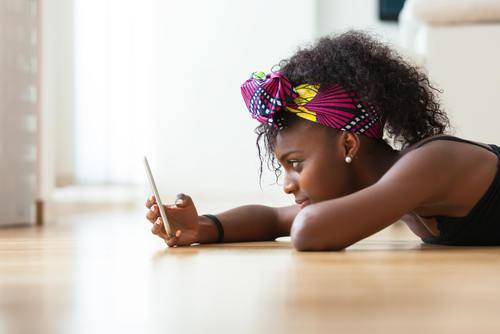 Lavender evokes a sense of “pride,” “lushness” and “royalty” for Alex Kostura, the co-project lead of Out in Tech’s Lavender Book development team.

Combining the goals of the Green Book, the tourist guide that charted safe spaces for Black travelers during Jim Crow, with lavender symbolism, a color historically tied to the LGBTQ+ community, Out in Tech and the National Black Justice Coalition partnered to create Lavender Book.

Lavender Book is a web app that connects Black LGBTQ+ people with an ever-expanding catalogue of safe spaces.

The app launched a little over six months ago on May 17. The date was carefully selected to correspond with international day against homophobia, transphobia and biphobia. The idea for the app arose last Spring, as high-profile murders of Black Americans at the hands of the police dominated headlines.

Kostura reached out to the head of Out in Tech, a national non-profit that aims to empower LGBTQ+ people through work in the tech space, to mobilize a volunteer team of technologists to support pro-Black organizations.

From there, Kostura connected with David Johns, the executive director of the National Black Justice Coalition. NBJC is a national civil rights organization committed to Black LGBTQ+ advocacy. Johns had a vision to develop an app that “would help Black LGBTQ+ and same gender loving people find businesses, find communal spaces where they could have an affirming and inclusive experience,” says Kostura.

The app streamlines the search for safe spaces, a task that would otherwise require Black LGBTQ+ people to spend a great deal of time and energy.

As the United States becomes an increasingly hostile place for Black trans people, safe spaces can be life-saving.

This year marks the highest number of violent deaths of transgender and gender non-conforming (TGNC) people since the Human Rights Campaign Foundation began recording the statistic in 2013. Forty-six TGNC people were killed this year. Twenty-nine were Black.

The version of the app released on launch day covered basic functions—allowing users to add, review and search for safe spaces in the database. Six months after launch, Lavender Book boasts a few hundred registered spaces and a few hundred users—a feat achieved through word of mouth.

“The biggest goal right now is just to get users,” Kostura told The Hub.News. “It’s a crowdsourced app. So, it’s only going to be as good as the amount of users that are on it and that are providing their own experiences.”

The app currently logs services like restaurants, bars and salons. Out in Tech hopes to broaden the types of spaces listed to include healthcare, legal services, and communal spaces like churches.

The volunteer team is setting their sights on the next update, with an estimated release of February 2022. Out in Tech also aims to cultivate a nationwide userbase. As of right now, cities are the most well-mapped areas on the app.

“The thing about software development is that it’s never done. It never feels done. You never feel like it’s in perfect shape,” said Kostura. “So, you have to start making decisions about what is good enough to get out there and to start getting used and to start gathering feedback from the users.”

Until the next batch of updates, it is up to Lavender Book users to populate the site with a country of safe spaces.