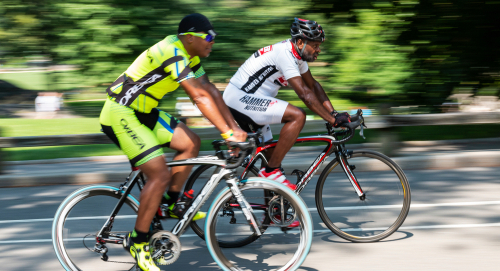 Rwanda has won the bid to host the 2025 Road World Championships, becoming the first African nation to host the event.

Cycling is a popular sport in Rwanda, which hosts an annual eight-day stage race the Tour of Rwanda, around the mountainous city of Kigali. Rwanda was chosen to host the 2025 event ahead of Morocco, which many thought would win the bid.

The President of Rwanda, Paul Kagame, was in Flanders this week to meet with UCI President David Lappartient and Director General Amina Lanaya.

The International Cycling Union (UCI) congress, which is being held in Leuven (Belgium) today, must confirm the decision before it becomes official, the international federation stated.

The good news follows the news that Paul Rusesabagina, inspiration for the Hollywood movie “Hotel Rwanda,” was sentenced to 25 years in jail on terrorism charges. More than 30 U.S. Senators have called for Kagame to released Rusesabagina following the “show trial.”

State Department spokesman Ned Price released a statement declaring that the United States was “concerned” by the sentence.

“The reported lack of fair trial guarantees calls into question the fairness of the verdict,” the statement read per The Washington Post. “… We are concerned by the objections Mr. Rusesabagina raised related to his lack of confidential, unimpeded access to his lawyers and relevant case documents and his initial lack of access to counsel.”